You are here:
Fashion Quotes 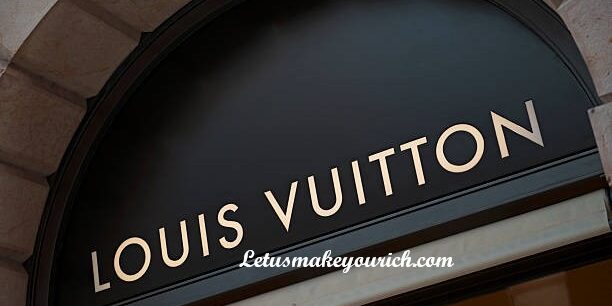 Look at your eyes. You’ve got bigger bags than Louis Vuitton. — Matt Dunn 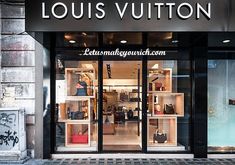 1. There’s a lot of baggage that comes along with our family, but it’s like Louis Vuitton baggage. — Kim Kardashian

2. I used to have a fake Louis Vuitton bag because I thought it meant something in life.

3. I thank Marc Jacobs so much for giving me the opportunity to design a shoe for Louis Vuitton, but the thing that broke my heart most was when they said, ‘you’re finished the shoe’s finished. — Kanye West

4. Vulgar, but not as vulgar as Louis Vuitton, thought Sherman. — Tom Wolfe

5. The Louis Vuitton woman is more about a quality a quality within some women that needs to come forward, to be noticed and recognised. — Marc Jacobs

6. I like Louis Vuitton accessories, but I’d never wear their clothes. No offense, it’s just not my steezes. — Kid Cudi

7. Marc Jacobs is full of creative people and  Louis Vuitton is again a name on the door, a name that has existed for many years but I’m a collaborator there and I bring in other people, other artists and I work with a great creative design team. — Marc Jacobs

8. Don’t underestimate the cosmetic power of sunglasses. It’s worth spending a bit of money on a quality pair. I usually go for Dior or Louis Vuitton. — Dita Von Teese
9. Louis Vuitton, the world’s biggest luxury brand in terms of sales, is planning to dampen its expansion worldwide and focus on high end products to preserve its exclusive image. — Bernard Arnault

11. I love my life. I can’t believe I work in New York and Paris. That I work for Louis Vuitton. I work for Marc Jacobs. It seems really weird every time I say my full name like, that’s me, and every time I hear the receptionist say my name, it’s still weird. — Marc Jacobs

13. That I am today the face of Louis Vuitton almost seems like a twist of fate. you dream back to front, wanting the rewards before putting the work in. and then you work, get on with life, and just sometimes these childhood dreams have a way of catching up with you. this is a true privilege for which I am eternally grateful. — Xavier Dolan

14. Some guys travel with expensive Louis Vuitton luggage but it gets all scratched up under the plane. I’d rather not spend too much money on something that’s just going to get messed up. — James Harden

16. To keep me happy he can’t just buy me presents, he has to be present. I want love. not Louis Vuitton. and that’s one hell of a burden for any man to carry. — Amy Mowafi

17. I didn’t care for the energy of the place-too many people and too much cigarette smoke-so I ventured instead near the lobby and the shops.

At first I was a little intimidated by all the designer labels, but after a while I ventured into Dolce & Gabbana and Louis Vuitton and of course my favorite, Jimmy Choo.

I was like a kid at the petting zoo, stroking the luxurious fabrics, cuddling with the fine leather purses, and cooing to the shoes. “want to come home with me?”

I asked one pair of beautiful snakeskin sandals. their $450 price tag begged to differ, however, and I left them to find another home. — Victoria Laurie

18. Focus your intention on your dreams, you can wave magic when you set your heart and mind to it. — Miranda Kerr

19. I must not fear. Fear is the mind-killer. Fear is the little-death that brings total obliteration. I will face my fear. ― Frank Herbert

Be kind to yourself. Cost quotes collection

20. Without change something sleeps inside us, and seldom awakens. The sleeper must awaken. ― Frank Herbert

21. Smoking is hateful to the nose, harmful to the brain, and dangerous to the lungs. ― King James I

I think for any relationship to be successful. Miranda Kerr quotes
September 3, 2021

When it comes to fashion. Bag quotes collection
August 29, 2021

I always want to be positive. Gianni Versace quotes
August 25, 2021

Style is not a size, It is an attitude. Style quotes collection
August 13, 2021

I want to die with my blue jeans on. Jeans quotes collection
July 30, 2021

One shoe can change your life. Shoes quotes collection
July 23, 2021

A woman who cuts her hair is about to change her life. Hair quotes collection
July 20, 2021
Go to Top
Translate »