You are here:
Leadership Training
Every once in a while, the market does something so stupid it takes your breath away. ― Jim Cramer
Who is Jim Cramer? James Joseph Cramer is an American television personality and host of Mad Money on CNBC. He is a former hedge fund manager as well as an author and a co-founder of TheStreet.com. He was raised in Wyndmoor, Pennsylvania.

1. I mean I’m not smarter than the market, but I can recognize a good tape and a bad tape. I recognize when it’s right and when it’s wrong and that’s what my strength is. ― Jim Cramer
2. Remember, I am neither a bear nor a bull, I am an agnostic opportunist. I want to make money short- and long-term. I want to find good situations and exploit them. ― Jim Cramer
3. You have a class of investors and you have a class of speculators. The speculators historically haven’t been big enough to cause the investors to doubt the long-term vision of stock. ― Jim Cramer
4. Picking the right stocks is one of the hardest parts of investing, and every night on Mad Money, I try to take some of that burden off your shoulders. ― Jim Cramer

5. These will be fabulous investments and will make millions of more people rich. ― Jim Cramer

6. I think that I could have been taken apart if the bear market continued, but I waited three years before I felt the bear market was over and I was right. ― Jim Cramer

7. I wish it grew on trees, but it takes hard work to make money.―  Jim Cramer

8. I am doing my best to find it. I will find it before the public finds it. I will get out of it before it’s too late. The reason I will do that is because that’s what I’m paid to do. ― Jim Cramer

9. I just can’t stop myself; I’m addicted to making you money. I should be spending all day in a country club or never getting out of my pajamas like Hugh Hefner. ― Jim Cramer

Which Jim Cramer quotes can help you know how to become rich?

10. I’ve lost tremendous amounts of money in various markets and I think that that’s something that makes you better at my job, not worse. ― Jim Cramer

11. The people who are buying stocks because they’re going up and they don’t know what they do, deserve to lose money. ― Jim Cramer

13. I mean that what makes me a professional, but the market itself has been fabulous during this whole period and I’ve got to give the market credit before I give myself credit. ― Jim Cramer

14. The party line is that stocks historically have outperformed all other investment plans. These will be fabulous investments and will make millions of more people rich. ― Jim Cramer 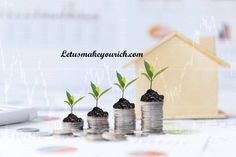 15. We are all wrong so often that it amazes me that we can have any conviction at all over the direction of things to come. But we must. ― Jim Cramer

16. What I’m saying is that there are bargains right now, there are stocks right now that if you’re shrewd enough, you will be able to buy them at the opening today and I you’ll make money in a year from now. ― Jim Cramer
17. I don’t think that’s changed at all. I think there are a thousand stocks out there that could make you rich, totally independent of what you do for a living. ― Jim Cramer
18. There’s accountability in the mutual fund industry. And they’ve been tremendous engines of wealth for people and they’re going to continue to be so. ― Jim Cramer
19. I will stand up for what I believe and for what I have always believed: Every person has a right to be rich in this country and I want to help them get there. ― Jim Cramer
20. As long as you enjoy investing, you’ll be willing to do the homework and stay in the game. That’s why I try to make the show so entertaining, because if you aren’t interested, you’ll either miss the opportunity to make money in the market or not pay enough attention and end up losing your shirt.
But be very, very careful, because when you’re playing with momentum, you’re playing with fire. ― Jim Cramer
Please Like , Follow & Share: