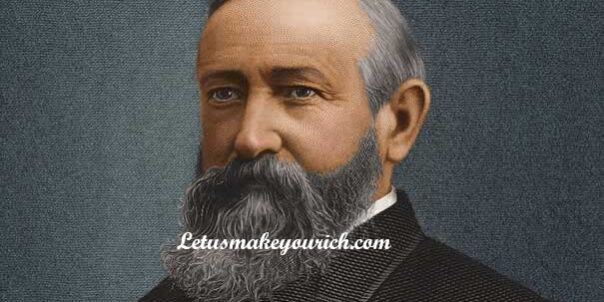 I’d rather have a bullet inside of me than to be living in constant dread of one. — Benjamin Harrison.

Who is Benjamin Harrison? Benjamin Harrison was an eminent American lawyer and politician. He served as the 23rd President of the nation. Prior to becoming the President of the country, he established himself as a Presbyterian Church leader, an illustrious local attorney and as a politician in Indiana. He also served as a colonel in the Union Army during the ‘American Civil War.’ For six years, he also held the post of a U.S Senator.

The Sherman Antitrust Act, one of the most significant reforms acts, was passed during his term in office. We have amassed some notable and quotable sayings and quotes by Benjamin Harrison, which have been extracted from his speeches, thoughts, public utterances, works and life. Read through the meaningful thoughts and quotes by Benjamin Harrison, the man who is revered as a person of strong principles. 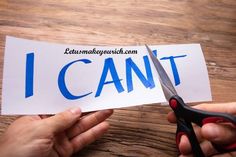 Together we can make rich by learning secrets of success men

1. Great lives never go out; they go on. — Benjamin Harrison

2. The bud of victory is always in the truth. — Benjamin Harrison

3. I pity the man who wants a coat so cheap that the man or woman who produces the cloth will starve in the process. — Benjamin Harrison.

4. That one flag encircles us with its folds today, the unrivaled object of our loyal love. — Benjamin Harrison

5. I want to avoid everything that is personal and I want it understood that I am grandson of nobody. — Benjamin Harrison

6. I am a thorough believer in the American test of character. He will not build high who does not build for himself. — Benjamin Harrison

7. Have you not learned that not stocks or bonds or stately houses, or products of the mill or field are our country? It is a spiritual thought that is in our minds. — Benjamin Harrison

8. Prayer steadies one when he is walking in slippery places even if things asked for are not given. — Benjamin Harrison

9. The evil works from a bad center both ways. It demoralizes those who practice it and destroys the faith of those who suffer by it in the efficiency of the law as a safe protector. — Benjamin Harrison

10. The disfranchisement of a single legal elector by fraud or intimidation is a crime too grave to be regarded lightly. — Benjamin Harrison

12. Will it not be wise to allow the friendship between nations to rest upon deep and permanent things? Irritations of the cuticle must not be confused with heart failure. — Benjamin Harrison

14. When and under what conditions is the black man to have a free ballot? When is he in fact to have those full civil rights which have so long been his in law. — Benjamin Harrison

15. If kittens turn into cats why don’t puppies turn into paps? ― Benjamin Harrison

16. No other people have a government more worthy of their respect and love or a land so magnificent in extent, so pleasant to look upon, and so full of generous suggestions to enterprise and labor. — Benjamin Harrison

17. There never has been a time in our history when work was so abundant or when wages were as high, whether measured by the currency in which they are paid or by their power to supply the necessaries and comforts of life. — Benjamin Harrison

18. What saddens me most is that some poor woman out there has to be Garth’s wife. And his three children — oh, his poor three children. What a despicable human being this guy is. ― Benjamin Harrison

19. Our mission is not to impose our peculiar institutions upon other nations by physical force or diplomatic treachery but rather by internal peace and prosperity to solve the problem of self-government and reconcile democratic freedom with national stability. ― Benjamin Harrison

Intelligence is the ability to avoid doing work, yet getting the work done. Linus Torvalds quotes

20. We Americans have no commission from God to police the world. I want to avoid everything that is personal and I want it understood that I am grandson of nobody. — Benjamin Harrison

21. Do a good job. You don’t have to worry about the money; it will take care of itself. Just do your best work then try to trump it. ― Walt Disney

23. Knowledge will forever govern ignorance; and a people who mean to be their own governors must arm themselves with the power which knowledge gives. — James Madison

24. If your actions inspire others to dream more, learn more, do more and become more, you are a leader. — John Quincy Adams

25. Don’t talk about it. The rose doesn’t have to propagate its perfume. It just gives it forth, and people are drawn to it.

Live it, and people will come to see the source of your power. ― Mahatma Gandhi