The character of our life is based upon how we perceive it. Bruce H. Lipton quotes 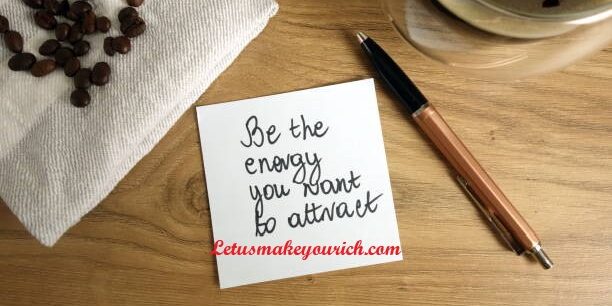 We can control our lives by controlling our perceptions. ― Bruce H. Lipton

Bruce Harold Lipton, is an American developmental biologist notable for his views on epigenetics. In his book The Biology of Belief, he claims that beliefs control human biology rather than DNA and inheritance. Lipton’s contentious claims have not received attention from mainstream science.

1. Your perspective is always limited by how much you know. Expand your knowledge and you will transform your mind. ― Bruce H. Lipton

3. Through consciousness, our minds have the power to change our planet and ourselves. t is time we heed the wisdom of the ancient indigenous people and channel our consciousness and spirit to tend the garden and not destroy it. ― Bruce H. Lipton

4. I was exhilarated by the new realization that I could change the character of my life by changing my beliefs.

I was instantly energized because I realized that there was a science-based path that would take me from my job as a perennial “victim” to my new position as “co-creator” of my destiny. ― Bruce H. Lipton

5. Our beliefs control our bodies, our minds, and thus our lives. ― Bruce H. Lipton

6. If humans were to model the lifestyle displayed by a healthy community of cells,

our societies and our planet would be more peaceful and vital. ― Bruce H. Lipton

7. There’s a theory that says that life is based on a competition and the struggle and the fight for survival,

and it’s interesting because when you look at the fractal character of evolution, it’s totally different.

It’s based on cooperation among the elements in the geometry and not competition. ― Bruce H. Lipton

8. A person’s health isn’t generally a reflection of genes, but how their environment is influencing them.

Genes are the direct cause of less than 1pc of diseases: 99pc is how we respond to the world. ― Bruce H. Lipton

9. If the brain expects that a treatment will work, it sends healing chemicals into the bloodstream, which facilitates that.

And the opposite is equally true and equally powerful: When the brain expects that a therapy will not work, it doesn’t.

11. I learned again and again in my life, until you get your own act together, you’re not ready for Big Love.

What you’re ready for is one of those codependent relationships where you desperately need a partner. ― Bruce H. Lipton

12. Humans are more dependent on learning for survival than other species,

We have no instincts that automatically find us food and shelter. ― Bruce H. Lipton

13. The character of our life is based upon how we perceive it. ― Bruce H. Lipton

14. You know why it’s hard to be happy, it’s because we refuse to LET GO to the things that make us sad. ― Bruce H. Lipton

15. When you find yourself on a vicious cycle, for goodness sakes, stop pedaling! ― Bruce H. Lipton

16. The planet’s hope and salvation lies in the adoption of revolutionary new knowledge being revealed at the frontiers of science. ― Bruce H. Lipton

17. The Universe is one indivisible, dynamic whole in which energy and matter are so deeply entangled it is impossible to consider them as independent elements. ― Bruce H. Lipton

18. As a nation we should look more carefully at how our fear of future acts of terrorism is undermining our quality of life. ― Bruce H. Lipton

19. According to Dr. Bruce Lipton, gene activity can change on a daily basis.

If the perception in your mind is reflected in the chemistry of your body, and if your nervous system reads

and interprets the environment and then controls the blood’s chemistry, then you can literally change the fate of your cells by altering your thoughts. ― Bruce H. Lipton

The eyes shout what the lips fear to say. Eyes quotes collection

20. No one is fixed until they make the effort to change. ― Bruce H. Lipton

21. In fact, Dr. Lipton’s research illustrates that by changing your perception, your mind can alter the activity of your genes and create over thirty thousand variations of products from each gene.

He gives more detail by saying that the gene programs are contained within the nucleus of the cell,

and you can rewrite those genetic programs through changing your blood chemistry. ― Bruce H. Lipton

23. Most of the important things in the world have been accomplished by people who have kept on trying when there seemed to be no hope at all. ― Dale Carnegie

24. Indifference and neglect often do much more damage than outright dislike. ― J.K. Rowling