You are here:
Personal Development
Opportunity often comes disguised in the form of misfortune, or temporary defeat. ― Napoleon Hill.
When handling defeat, always take responsibility for it. Do not act like the world owes you something. Do not blame your coworker, the economy, or the competition for your failure. The sooner you can accept your defeat as your responsibility, the sooner you will be able to learn from your mistakes and move on.

1. Life is to be lived, not controlled; and humanity is won by continuing to play in face of certain defeat. ― Ralph Ellison

2. But man is not made for defeat,” he said. “A man can be destroyed but not defeated. ― Ernest Hemingway

3. When defeat comes, accept it as a signal that your plans are not sound, rebuild those plans, and set sail once more toward your coveted goal. ― Napoleon Hill

4. My past has not defined me, destroyed me, deterred me, or defeated me; it has only strengthened me. ― Steve Maraboli 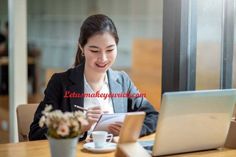 5. Anyone can deal with victory. Only the mighty can bear defeat. ― Adolf Hitler

6. Victory has a hundred fathers and defeat is an orphan. ― John F. Kennedy

7. The greatest test of courage on earth is to bear defeat without losing heart. ― Robert Green Ingersoll
8. Women are never so strong as after their defeat. ― Alexandre Dumas
9. No matter how hard the loss, defeat might serve as well as victory to shake the soul and let the glory out. ― Al Gore 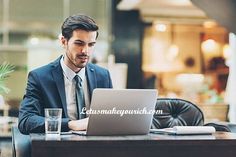 Which defeat quote is the best personal development quote?

10. In the time of darkest defeat, victory may be nearest. ― William McKinley
11. Defeat is not the worst of failures. Not to have tried is the true failure. ― George Edward Woodberry

12. While one may encounter many defeats, one must not be defeated. ― Maya Angelou13. There was never a night or a problem that could defeat sunrise or hope. ― Bernard Williams

14. A wise man fights to win, but he is twice a fool who has no plan for possible defeat. ― Louis L’Amour 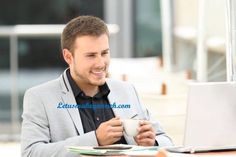 16. Defeat never comes to any man until he admits it. ― Josephus Daniels
17. Any fact facing us is not as important as our attitude toward it, for that determines our success or failure. The way you think about a fact may defeat you before you ever do anything about it. You are overcome by the fact because you think you are. ― Norman Vincent Peale
18. The most beautiful people we have known are those who have known defeat, known suffering, known struggle, known loss, and have found their way out of those depths. ―  Elisabeth Kubler-Ross
19. Let me define a leader. He must have vision and passion and not be afraid of any problem. Instead, he should know how to defeat it. Most importantly, he must work with integrity. ― A. P. J. Abdul Kalam
20. Winning is great, sure, but if you are really going to do something in life, the secret is learning how to lose. Nobody goes undefeated all the time. If you can pick up after a crushing defeat, and go on to win again, you are going to be a champion someday. ― Wilma Rudolph
Please Like , Follow & Share: