The Taliban have to allow the people to decide their future. Taliban quotes collection 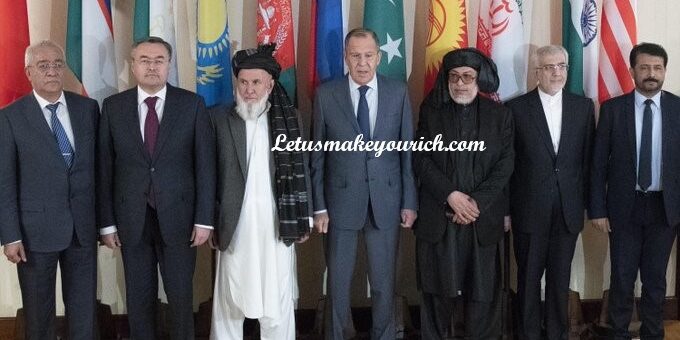 The Taliban have won with the judgement of their swords and guns, and are now responsible for the honor, property and self-preservation of their countrymen.

Who are the Taliban? Formed in 1994, the Taliban were made up of former Afghan resistance fighters, known collectively as mujahedeen, who fought the invading Soviet forces in the 1980s. They aimed to impose their interpretation of Islamic law on the country and remove any foreign influence.
After the Taliban captured Kabul in 1996, the Sunni Islamist organization put in place strict rules. Women had to wear head-to-toe coverings, weren’t allowed to study or work and were forbidden from traveling alone. TV, music and non-Islamic holidays were also banned.
That changed after September 11, 2001, when 19 men hijacked four commercial planes in the US, crashing two into the World Trade Center towers, one into the Pentagon, and another, destined for Washington, into a field in Pennsylvania. More than 2,700 people were killed in the attacks.
The attack was orchestrated by al Qaeda leader Osama bin Laden, who operated from inside of Taliban-controlled Afghanistan. Less than a month after the attack, US and allied forces invaded Afghanistan, aiming to stop the Taliban from providing a safe-haven to al Qaeda and to stop al Qaeda from using Afghanistan as a base of operations for terrorist activities.
In the two decades since they were ousted from power, the Taliban have been waging an insurgency against the allied forces and the US-backed Afghan government.

1. When asked why women needed to be confined at home: It’s like having a flower, or a rose. You water it and keep it at home for yourself, to look at it and smell it. It (a woman) is not supposed to be taken out of the house to be smelled. ― Syed Ghaisuddin, Taliban Minister of Education.

2. We have enough problems with the education of men, and in those affairs no one asks us about that. ―Qari Mullah Din Muhammad Hanif, Taliban Minister of Higher Education

3. I don’t want revenge on the Taliban, I want education for sons and daughters of the Taliban. ― Malala Yousafzai

4. If a woman wants to work away from her home and with men, then that is not allowed by our religion and our culture. If we force them to do this they may want to commit suicide. ― Mullah Nooruddin Turabi, Taliban Minister of Justice

5. If we are to ask Afghan women, their problems have been solved. ― Qudratullah Jamal, Taliban Minister of Culture

6. If you think that American Capitalism is the most dangerous Institution in the World, it just goes to show, that you haven’t partied like there is no tomorrow with the fun loving posse of The Islamic Republic of Iran, North Korea, The Taliban, or ISIS. They all party off the hook! ― James Hauenstein

7. We do not have any immediate plans to give jobs to (women) who have been laid off. But they can find themselves jobs enjoying their free lives. ― Moulvi Wakil Ahmad Mutawakel, Taliban Minister of Foreign Affairs

8. Because of the Taliban, Afghanistan has become a jail for women. We haven’t got any human rights. We haven’t the right to go outside, to go to work, to look after our children. ― Faranos Nazir, 34-year-old woman in Kabul

9. Approximately 80% of women and men agreed that women should be able to move about freely and that the teachings of Islam do not restrict women’s human rights. ― Physicians for Human Rights, “Women’s Health and Human Rights in Afghanistan: A Population-Based Assessment

10. What do you call those who repeatedly liberate their own people, in their own areas and in their own country? ― Kashmir to Afghanistan

11. We are a pluralist civilization because we allow mosques to be built in our countries, and we are not going to stop simply because Christian missionaries are thrown into prison in Kabul. If we did so, we, too, would become Taliban. ― Umberto Eco

12. Eventually, women will lead within the Taliban State. Just like, eventually, the US finally had a black president (Pres. Obama) after centuries post Slavery Laws. Just like only in 2020 the US had their first non-white female Vice President, Ms. Kamala Harris. ― Mitta Xinindlu

13. Talking to [him] that day, and [him] and the other Taliban, it seemed obvious enough that what lay at the foundation of the Taliban’s rule was fear, but not fear of the Taliban themselves, at least not in the beginning. No; it was fear of the past. Fear that the past would return, that it would come back in all its disaggregated fury. That the past would become the future. The beards, the burqas, the whips, the stones; anything, anything you want. Anything but the past. ― Dexter Filkins, The Forever War

14. When we are together, everyone here is talking about how the Taliban has destroyed our lives. They won’t let us go to school because they want us to be illiterate like them. ― Nasima, 35-year-old Kabul resident

I can calculate the motion of heavenly bodies but not the madness of people. Isaac Newton quotes

15. Parler issued a statement in which it called on Twitter to ban all Taliban accounts it has so-far allowed to remain active.

16. While Facebook and YouTube have both said the Taliban are banned from their platforms in accordance with U.S. sanctions policies, Twitter has shied away from a blanket rule, but has said it takes down individual pieces of violent content.

17. If you think that American imperialism and its globalized, capitalist form is the most dangerous thing in the world, that means you don’t think the Islamic Republic of Iran or North Korea or the Taliban is as bad. ― Christopher Hitchens

18. Other than for evacuating diplomats and some Afghans, the international troops have to be there in Kabul for a certain time to make sure the Taliban are keeping up with their promises. ― Shafiq Hamdam

19. The Taliban have to allow the people to decide their future. They must not lead Afghanistan to become a country in chaos without any rule of law or government. They must not repeat the emirate that was there before 2001.

20. He calls on the Taliban and all other parties to ensure that international humanitarian law and the rights and freedoms of all people are respected and protected. ― UN spokesman Stephane Dujarric

The measure of life is not its duration, but its donation. Donation quotes collection
July 10, 2021
Go to Top
Translate »