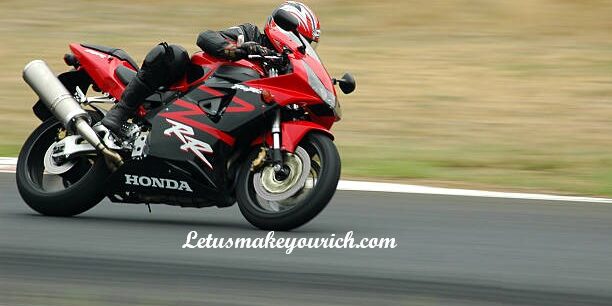 It wasn’t necessary to be born a nobleman or rich to succeed in life. ― Soichiro Honda.

Soichiro Honda was a Japanese engineer and industrialist. In 1948, he established Honda Motor Co., Ltd. and oversaw its expansion from a wooden shack manufacturing bicycle motors to a multinational automobile and motorcycle manufacturer. 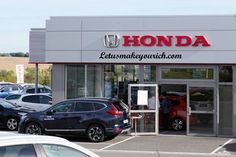 1. I just wouldn’t give in, no way. I think best when I have a wrench in my hands. If you make a superior product, people will buy it. ― Soichiro Honda

2. Profound belief in something allows every individual to find an immense inner force, and to overcome his or her failings. ― Soichiro Honda

3. You don’t measure a man’s greatness by his physical size, but by his acts, by the impact he makes on human history. ― Soichiro Honda

4. I would have to put in the necessary time, but nothing could stop me from succeeding. I forced myself to be enthusiastic. ― Soichiro Honda

5. I enjoy working, and it isn’t because I’m president that I would deprive myself of that pleasure! ― Soichiro Honda

6. Real happiness lies in the completion of work using your own brains and skills. ― Soichiro Honda

7. There are… qualities which… lead to success. Courage, perseverance, the ability to dream and to persevere. ― Soichiro Honda

8. I let no one disturb my concentration… Even hunger could not disturb me. ― Soichiro Honda

9. Hope makes you forget all the difficult hours.

The laboratory of a factory is the best place to learn about failure!

In the lab, 99 percent of the people are working on lost causes.

The modest percentage of success, nevertheless, serves to compensate for all the rest of the effort. ― Soichiro Honda

10. A diploma is by no means a sure ticket to life.  I don’t give a damn about the diploma. What I want is knowledge. ― Soichiro Honda

11. Success can be achieved only through repeated failure and introspection.

In fact, success represents 1 percent of your work which results only from the 99 percent that is called failure. Many people dream of success. ― Soichiro Honda

12.  A company is most clearly defined not by its people or its history, but by it’s products. ― Soichiro Honda

13. I’d sooner die than imitate other people… That’s why we had to work so hard! Because we didn’t imitate. ― Soichiro Honda

14. If you hire only people you understand, the company will never get people better than you are.

Always remember that you often find outstanding people among those you don’t particularly like. ― Soichiro Honda

15. To me success can be achieved only through repeated failure and introspection. In fact, success represents 1 percent of your work which results only from the 99 percent that is called failure.― Soichiro Honda

16. You direct a garage or a business like you drive a bus.

It does its round, stopping to pick people up, but it can’t make a long distance trip.

Of course you can be happy driving the same route all your life. But I wanted to drive bigger and faster buses, and see other places. ― Soichiro Honda

17. A lot of my friends tell me I’d be better off staying in my garage, growing little by little,

letting my business prosper in this way rather than undertaking risky adventures. I had invested all my savings into this operation.

I felt responsible to those with whom I’d gotten involved,

and I said to myself that by closing my garage at the age of 30, I had perhaps missed my chance and sunk my own ship. ― Soichiro Honda

18. When you fail, you also learn how not to fail.  I don’t regret the thousands of times.

I came home empty-handed, having lost all my ammunition and bait. When the days get as gloomy as that, then you know you will soon find the treasure. ― Soichiro Honda

19. On Napoleon. I imagined him to have a physique as imposing and strong as his reputation merited.

When I discovered from reading history books that he was a small man,

I was not at all disillusioned. I’m not very big myself, and it was obvious that you don’t measure a man’s greatness by his physical size,

but by his acts, by the impact he makes on human history.

I also learned that Napoleon was of humble origin, that probably his family was very poor. ― Soichiro Honda

20. So it wasn’t necessary to be born a nobleman or rich to succeed in life.

There are other qualities which also lead to success. Courage, perseverance, the ability to dream and to persevere.

I will become the Napoleon of mechanics! ― Soichiro Honda