No one forgets the truth. Richard Yates quotes 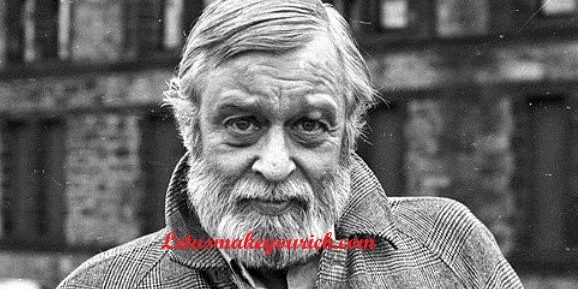 It’s a disease. Nobody thinks or feels or cares any more; nobody gets excited or believes in anything except their own comfortable little God damn mediocrity. ― Richard Yates

If you wanted to do something absolutely honest, something true, it always turned out to be a thing that had to be done alone. ― Richard Yates

Richard Yates was an American fiction writer identified with the mid-century “Age of Anxiety”. His first novel, Revolutionary Road, was a finalist for the 1962 National Book Award, while his first short story collection, Eleven Kinds of Loneliness, brought comparisons to James Joyce. 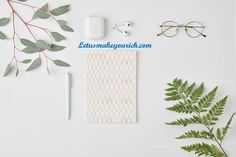 1. No one forgets the truth; they just get better at lying. ― Richard Yates

2. Being alone has nothing to do with how many people are around. ― Richard Yates

3. Hard work, is the best medicine yet devised for all the ills of man- and of woman.― Richard Yates

4. I still had this idea that there was a whole world of marvelous golden people somewhere, as far ahead of me as the seniors at Rye when I was in the sixth grade; people who knew everything instinctively, who made their lives work out the way they wanted without even trying,
who never had to make the best of a bad job because it never occurred to them to do anything less than perfectly the first time.
Sort of heroic super-people, all of them beautiful and witty and calm and kind, and I always imagined that
When I did find them I’d suddenly know that I Belonged among them, that I was one of them,
that I’d been meant to be one of them all along, and everything in the meantime had been a mistake; and they’d know it too. I’d be like the ugly duckling among the swans.

5. Never say anything that doesn’t improve on silence. ― Richard Yates

6. I’m only interested in stories that are about the crushing of the human heart. ― Richard Yates

7. Are artists and writers the only people entitled to lives of their own? ― Richard Yates

8. The hell with “love” anyway, and with every other phony, time-wasting, half-assed emotion in the world. ― Richard Yates

10. And do you know a funny thing? I’m almost fifty years old and I’ve never understood anything in my whole life. ― Richard Yates

11. Now you’ve said it. The hopeless emptiness. Hell, plenty of people are on to the emptiness part;
out where I used to work, on the Coast, that’s all we ever talked about. We’d sit around talking about emptiness all night.
Nobody ever said ‘hopeless,’ though; that’s where we’d chicken out.
Because maybe it does take a certain amount of guts to see the emptiness, but it takes a whole hell of a lot more to see the hopelessness.
And I guess when you do see the hopelessness, that’s when there’s nothing to do but take off. If you can. ― Richard Yates

12. Why did everything always change when all you wanted, all you had ever humbly asked of whatever God there might be, was that certain things be allowed to stay the same? ― Richard Yates

13. In avoiding specific goals he has avoided specific limitations. For the time being the world, life itself, could be his chosen field. ― Richard Yates

14. If you don’t try at anything, you can’t fail… it takes backbone to lead the life you want. ― Richard Yates

16. Let’s all be good consumers and have a lot of Togetherness and bring our children up in a bath of sentimentality
And if old reality ever does pop out and say Boo we’ll all get busy and pretend it never happened. ― Richard Yates

17. That’s how we both got committed to this enormous delusion, because that’s what it is, an enormous,

obscene delusion, this idea that people have to resign from real life and ‘settle down’ when they have families. ― Richard Yates

18. It depressed him to consider how much energy he had wasted, over the years, in the self-denying posture of apology.

From now on, whatever else his life might hold, there would be no more apologies. ― Richard Yates

19. For a year she found an exquisite pain, almost pleasure, in facing the world as if she didn’t care.

Look at me, she would say to herself in the middle of a trying day. Look at me: I’m surviving; I’m coping; I’m in control of all this. ― Richard Yates

He’s not perfect. You aren’t either. Bob Marley quotes

20. He found it so easy and so pleasant to cry that he didn’t try to stop for a while, until he realized he was forcing his sobs a little,
exaggerating their depth with unnecessary shudders.

21. Then, ashamed of himself, he bent over and carefully set his drink on the grass, got out his handkerchief and blew his nose.
The whole point of crying was to quit before you cornied it up.
The whole point of grief was to cut it out while it was still honest, while it still meant something.
Because the thing was so easily corrupted: let yourself go and you started embellishing your own sobs,

or you started telling about the Wheelers with a sad, sentimental smile and saying Frank was courageous, and then what the hell did you have? ― Richard Yates