I wait for my arrival. Octavio Paz quotes

You are here:
Love Couple 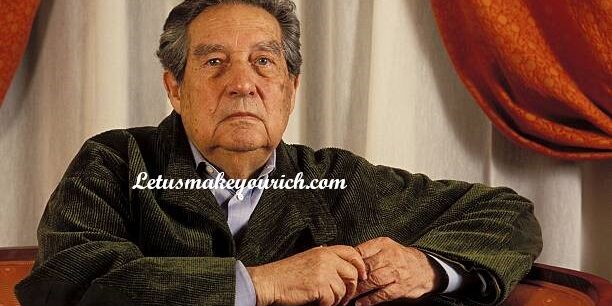 Deserve your dream. Wisdom lies neither in fixity nor in change, but in the dialectic between the two. ― Octavio Paz.

At times poetry is the vertigo of bodies and the vertigo of speech and the vertigo of death;
the walk with eyes closed along the edge of the cliff, and the verbena in submarine gardens;
the laughter that sets on fire the rules and the holy commandments;
the descent of parachuting words onto the sands of the page;
the despair that boards a paper boat and crosses,
for forty nights and forty days, the night-sorrow sea and the day-sorrow desert;
the idolatry of the self and the desecration of the self and the dissipation of the self;
the beheading of epithets, the burial of mirrors;
the recollection of pronouns freshly cut in the
garden of Epicurus, and the garden of Netzahualcoyotl;
the flute solo on the terrace of memory and the dance of flames in the cave of thought;
the migrations of millions of verbs, wings and claws, seeds and hands;
the nouns, bony and full of roots, planted on the waves of language;
the love unseen and the love unheard and the love unsaid: the love in love. ― Octavio Paz

Octavio Paz Lozano was a Mexican poet and diplomat. For his body of work, he was awarded the 1977 Jerusalem Prize, the 1981 Miguel de Cervantes Prize, the 1982 Neustadt International Prize for Literature, and the 1990 Nobel Prize in Literature. 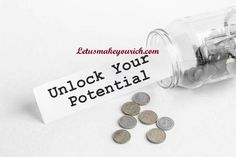 1. If we are a metaphor of the universe, the human couple is the metaphor par excellence,

the point of intersection of all forces and the seed of all forms.

The couple is time recaptured, the return to the time before time. ― Octavio Paz

2. Solitude is the profoundest fact of the human condition. Man is the only being who knows he is alone. ― Octavio Paz

3. Love is an attempt to penetrate another being, but it can only be realized if the surrender is mutual. ― Octavio Paz

4. Beyond myself, somewhere, I wait for my arrival. ― Octavio Paz

5. Self-discovery is above all the realization that we are alone. ― Octavio Paz

6. I don’t believe that there are dangerous writers: the danger of certain books is not in the books themselves but in the passions of their readers. ― Octavio Paz

7. Because two bodies, naked and entwined,
leap over time, they are invulnerable,
nothing can touch them, they return to the source,
there is no you, no I, no tomorrow,
no yesterday, no names, the truth of two
in a single body, a single soul,
Oh total being…― Octavio Paz

8. Writers, you know, are the beggars of Western society. ― Octavio Paz

9. Social criticism begins with grammar and the re-establishing of meanings. ― Octavio Paz

10. What distinguishes modern art from the art of other ages is criticism. ― Octavio Paz

Or rather, speaking is no different than thinking: to speak is to think. ― Octavio Paz

12. We are condemned to kill time, thus we die bit by bit. ― Octavio Paz

13. It is always difficult to give oneself up;

few people anywhere ever succeed in doing so,

and even fewer transcend the possessive stage to know love for what it actually is: a perpetual discovery,

and immersion in the waters of reality, an unending re-creation. ― Octavio Paz

14. No one behind, no one ahead.
The path the ancients cleared has closed.
And the other path, everyone’s path,
easy and wide, goes nowhere.
I am alone and finding my way. ― Octavio Paz

16. Listen to me as one listens to the rain,
the years go by, the moments return,
do you hear the footsteps in the next room?
not here, not there: you hear them
in another time that is now,
listen to the footsteps of time,
inventor of places with no weight, nowhere,
listen to the rain running over the terrace,
the night is now more night in the grove,
lightning has nestled among the leaves,
a restless garden adrift-go in,
your shadow covers this page. ― Octavio Paz

17. This is perhaps the most noble aim of poetry,

to attach ourselves to the world around us,

to turn desire into love,

to embrace, finally what always evades us,

what is beyond, but what is always there, the unspoken, the spirit, the soul. ― Octavio Paz

19. A human being is never what he is but the self he seeks. ― Octavio Paz

22. Being the richest man in the cemetery doesn’t matter to me. Going to bed at night saying we’ve done something wonderful… that’s what matters to me. ― Steve Jobs

The past, never at rest, flows through it. May Sarton quotes
October 12, 2021

Resources are hired to give results, not reasons. Amit Kalantri quotes
October 10, 2021

I wanted the whole world or nothing. Charles Bukowski quotes
October 9, 2021

Everything that happens to you matters to me. Cassandra Clare quotes
October 7, 2021

I like the night. Without the dark, we’d never see the stars. Stephenie Meyer quotes
October 1, 2021

Love looks not with the eyes but with the mind. William Shakespeare quotes
September 29, 2021

I love you in this way because I do not know any other way of loving. Pablo Neruda quotes
September 27, 2021

What you seek is seeking you. Rumi quotes collection
September 27, 2021