You are here:
Love Couple 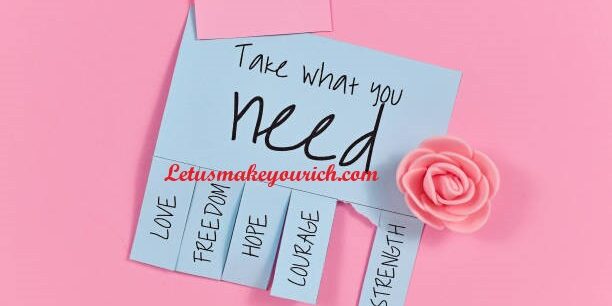 To be trusted is a greater compliment than being loved. ― George MacDonald

There is this difference between the growth of some human beings and that of others:

George MacDonald was a Scottish author, poet and Christian minister. He was a pioneering figure in the field of modern fantasy literature and the mentor of fellow writer Lewis Carroll. In addition to his fairy tales, MacDonald wrote several works of Christian theology, including several collections of sermons.

2. As you grow ready for it, somewhere or other you will find what is needed for you in a book. ― George MacDonald

4. Work is not always required. There is such a thing as sacred idleness. ― George MacDonald

5. The principle part of faith is patience. ― George MacDonald

6. Seeing is not believing, it is only seeing. ― George MacDonald

7. Few delights can equal the mere presence of one whom we trust utterly. ― George MacDonald

8. If instead of a gem, or even a flower, we should cast the gift of a loving thought into the heart of a friend,

that would be giving as the angels give. ― George MacDonald

9. A beast does not know that he is a beast, and the nearer a man gets to being a beast, the less he knows it. ― George MacDonald

11. Forgiveness is the giving, and so the receiving, of life. ― George MacDonald

13. I would rather be what God chose to make me than the most glorious creature that I could think of; for to have been thought about,

born in God’s thought, and then made by God,

is the dearest, grandest and most precious thing in all thinking. ― George MacDonald

14. Certainly work is not always required of a man.

There is such a thing as a sacred idleness,

the cultivation of which is now fearfully neglected. ― George MacDonald

15. You must learn to be strong in the dark as well as in the day, else you will always be only half brave. ― George MacDonald

16. Her heart – like every heart, if only its fallen sides were cleared away,

was an inexhaustible fountain of love: she loved everything she saw. ― George MacDonald

17. It is by loving and not by being loved that one can come nearest to the soul of another. ― George MacDonald

18. There is this difference between the growth of some human beings and that of others:

19. The best thing you can do for your fellow, next to rousing his conscience,

is not to give him things to think about, but to wake things up that are in him; or say, to make him think things for himself. ― George MacDonald

20. It is when people do wrong things wilfully that they are more likely to do them again. ― George MacDonald

21. The world…is full of resurrections…

Every night that folds us up in darkness is a death;

and those of you that have been out early, and have seen the first of the dawn,

will know it – the day rises out of the night like a being that has burst its tomb and escaped into life. ― George MacDonald

22. A man is as free as he chooses to make himself, never an atom freer. ― George MacDonald

23. If you can not control yourself to do what needs to be done, do you really think that you will be successful? ― ATGW quotes

26. You were born to win, but to be a winner, you must plan to win, prepare to win, and expect to win. ― Zig Ziglar

The past, never at rest, flows through it. May Sarton quotes
October 12, 2021

Resources are hired to give results, not reasons. Amit Kalantri quotes
October 10, 2021

I wanted the whole world or nothing. Charles Bukowski quotes
October 9, 2021

Everything that happens to you matters to me. Cassandra Clare quotes
October 7, 2021

I like the night. Without the dark, we’d never see the stars. Stephenie Meyer quotes
October 1, 2021

Love looks not with the eyes but with the mind. William Shakespeare quotes
September 29, 2021

I love you in this way because I do not know any other way of loving. Pablo Neruda quotes
September 27, 2021

What you seek is seeking you. Rumi quotes collection
September 27, 2021