Go as far as you can see. John D. Rockefeller quotes 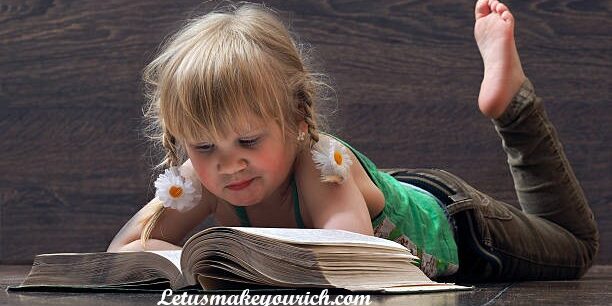 I believe in the supreme worth of the individual and in his right to life, liberty and the pursuit of happiness.

I believe that every right implies a responsibility; every opportunity, an obligation; every possession, a duty.

I believe that the law was made for man and not man for the law; that government is the servant of the people and not their master.

I believe in the dignity of labor, whether with head or hand; that the world owes no man a living but that it owes every man an opportunity to make a living.

I believe that thrift is essential to well-ordered living and that the economy is a prime requisite of a sound financial structure, whether in government, business or personal affairs.

I believe that truth and justice are fundamental to an enduring social order.

I believe in the sacredness of a promise, that a man’s word should be as good as his bond, that character, not wealth or power or position, is of supreme worth.

I believe that the rendering of useful service is the common duty of mankind and that only in the purifying fire of sacrifice is the dross of selfishness consumed and the greatness of the human soul set free.

I believe in an all-wise and all-loving God, named by whatever name, and that the individual’s highest fulfillment, greatest happiness and widest usefulness are to be found in living in harmony with His will.

I believe that love is the greatest thing in the world; that it alone can overcome hate; that right can and will triumph over might. ― John D. Rockefeller

Who is John Davison Rockefeller Sr.? He was an American business magnate and philanthropist. He is widely considered the wealthiest American of all time and the richest person in modern history. 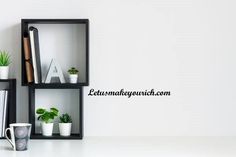 1. Don’t be afraid to give up the good to go for the great. ― John D. Rockefeller

2. If you want to succeed you should strike out on new paths, rather than travel the worn paths of accepted success.  ― John D. Rockefeller

3. If your only goal is to become rich, you will never achieve it. ― John D. Rockefeller

4. Go as far as you can see; when you get there, you’ll be able to see farther. ― John D. Rockefeller

6. I do not think there is any other quality so essential to success of any kind as the quality of perseverance. It overcomes almost everything, even nature. ― John D. Rockefeller

7. The secret to success is to do the common things uncommonly well. ― John D. Rockefeller

8. I would rather hire a man with enthusiasm, than a man who knows everything. ― John D. Rockefeller

9. The most important thing for a young man is to establish a credit . . . a reputation, character. ― John D. Rockefeller

10. Charity is injurious unless it helps the recipient to become independent of it. ― John D. Rockefeller

12. I was early taught to work as well as play,
My life has been one long, happy holiday;
Full of work and full of play-
I dropped the worry on the way-
And God was good to me every day. ― John D. Rockefeller

13. I believe that every right implies a responsibility; every opportunity, an obligation; every possession, a duty. ― John D. Rockefeller

14. A man has no right to occupy another man’s time unnecessarily. ― John D. Rockefeller

15. I always tried to turn every disaster into an opportunity. ― John D. Rockefeller

16. Singleness of purpose is one of the chief essentials for success in life, no matter what may be one’s aim. ― John D. Rockefeller

17. The ability to deal with people is as purchasable a commodity as sugar or coffee. And I will pay more for that ability. ― John D. Rockefeller

19. It is one thing to stand on the comfortable ground of placid inaction and put forth words of cynical wisdom, and another to plunge into the work itself and through strenuous experience earn the right to express strong conclusions. ― John D. Rockefeller

Maps are a way of organizing wonder. Map quotes collection

20. The only thing which is of lasting benefit to a man is that which he does for himself. Money which comes to him without effort on his part is seldom a benefit and often a curse. ― John D. Rockefeller

21. In the same way the failures which a man makes in his life are due almost always to some defect in his personality, some weakness of body, or mind, or character, will, or temperament.

The only way to overcome these failings is to build up his personality from within, so that he, by virtue of what is within him, may overcome the weakness which was the cause of the failure. It is only those efforts the man himself puts forth that can really help him. ― John D. Rockefeller

22. To stay on the map you’ve got to keep showing up. — Peter Gallagher

23. History is not everything, but it is a starting point. History is a clock that people use to tell their political and cultural time of day. It is a compass they use to find themselves on the map of human geography. It tells them where they are but, more importantly, what they must be. — John Henrik Clarke

24. No thief, however skillful, can rob one of knowledge, and that is why knowledge is the best and safest treasure to acquire. ― L. Frank Baum

25. The man of knowledge must be able not only to love his enemies but also to hate his friends. ― Friedrich Nietzsche

26. Reading furnishes the mind only with materials of knowledge; it is thinking that makes what we read ours. ― John Locke

Price traps can withdraw customers money in business you never know before
May 23, 2022

If it is doesn’t open, it’s not your door. Opportunity quotes collection
October 27, 2021

What do you want? Desire quotes collection
October 14, 2021

Believing in your self is the first secret to success. Arthur Conan Doyle quotes
October 13, 2021