Nobody can hurt you without your permission. Flag quotes collection 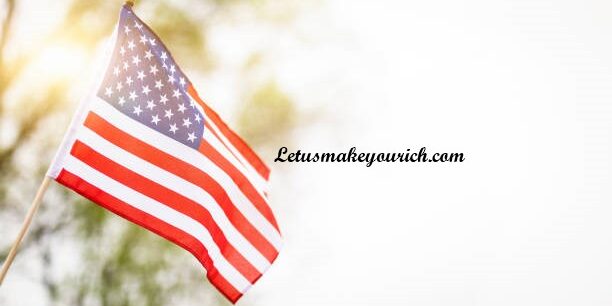 We take the stars from heaven, the red from our mother country, separating it by white stripes, thus showing that we have separated from her, and the white stripes shall go down to posterity, representing our liberty. — George Washington.

Here is the best flag collection

1. A flag is a symbol of respect, patriotism, peace, and celebration of the togetherness of the nation. One must respect the flag and its significance as it’s a sign of the nation’s struggles

2. Patriotism is supporting your country all the time, and your government when it deserves it. — Mark Twain

3. To survive in peace and harmony, united and strong, we must have one people, one nation, one flag. — Pauline Hanson

4. If you want a symbolic gesture, don’t burn the flag; wash it. — Norman Thomas

5. A thoughtful mind, when it sees a nation’s flag, sees not the flag, but the nation itself. — Henry Ward Beecher

6. Flags are bits of colored cloth that governments use first to shrink-wrap people’s minds and then as ceremonial shrouds to bury the dead. — Arundhati Roy

7. Patriotism consists not in waving the flag, but in striving that our country shall be righteous as well as strong. — James Bryce

8. When we honor our flag, we honor what we stand for as a Nation, freedom, equality, justice, and hope. —  Ronald Reagan

9. Our flag is not just one of many political points of view. Rather, the flag is a symbol of our national unity. — Adrian Cronauer

10. This nation will remain the land of the free only so long as it is the home of the brave. — Elmer Davis

11. I believe our flag is more than just cloth and ink. It is a universally recognized symbol that stands for liberty, and freedom. It is the history of our nation, and it’s marked by the blood of those who died defending it. — John Thune

12. It is the flag just as much of the man who was naturalized yesterday as of the men whose people have been here for many generations. — Henry Cabot Lodge

13. We identify the flag with almost everything we hold dear on earth, peace, security, liberty, our family, our friends, our home. —  Calvin Coolidge

14. A man may climb Everest for himself, but at the summit he plants his country’s flag. — Margaret Thatcher

15. You’re the emblem of the land I love, the home of the free and the brave. — George M

17. It is not always the same thing to be a good man and a good citizen. — Aristotle

18. This flag which we honor and under which we serve is the emblem of our unity, our power, our thought and purpose as a nation. — Woodrow Wilson

19. When we look at our flag and behold it emblazoned with all our rights, we must remember that it is equally a symbol of our duties. —  Calvin Coolidge

20. The American flag is the symbol of our freedom, national pride and history. — Mike Fitzpatrick

Invest in your self. Highest return. Georg Christoph Lichtenberg quotes

21. Every glory that we associate with it is the result of duty done. — Calvin Coolidge

22. A thoughtful mind, when it sees a nation s flag, sees not the flag only, but the Nation itself; and whatever may be its symbols, its insignia, he reads chiefly in the flag the Government, the principles, the truths, the history which belongs to the Nation that sets it forth. — Henry Ward Beecher

24. Failure is so important. We speak about success all the time. It is the ability to resist failure or use failure that often leads to greater success. ― J. K. Rowling

25. Nobody can hurt me without my permission. ― Mahatma Gandhi

Until death it is all life. Don Quixote Quotes
November 12, 2021