America is another name for opportunity. American quotes collection 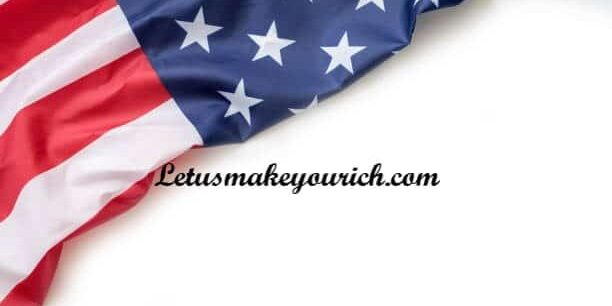 The strongest weapon in the United States is a patriotic American. — Notebook Journal For Veterans Paperback – Import, 15 May 2019.

1. America is a tune. It must be sung together. — Gerald Stanley Lee

2. Americans usually believe that nothing is impossible. — Lawrence Eagleburger

3. America is another name for opportunity. — Ralph Waldo Emerson

4. America is the only country ever founded on a creed. — G.K. Chesterton

5. There are no second acts in American lives. — F. Scott Fitzgerald

6. America is a vast conspiracy to make you happy. — John Updike

7. America is the only country ever founded on the printed word. — Marshall McLuhan

8. America was and is the immigrant’s dream. — Don DeLillo

9. America is the best half-educated country in the world. — Nicholas Murray Butler

11. While I take inspiration from the past, like most Americans, I live for the future. — Ronald Reagan

12. America is a land where men govern, but women rule. — John Mason Brown

13. America is too great for small dreams. — Ronald Reagan

14. In America, anyone can become president. That’s the problem. — George Carlin

15. I believe in America. America’s made my fortune. — Mario Puzo

17. Half of the American people have never read a newspaper. Half never voted for President. One hopes it is the same half. ― Gore Vidal

18. The road to success is not easy to navigate, but with hard work, drive and passion, it’s possible to achieve the American dream. ― Tommy Hilfiger

19. We must reject the idea that every time a law’s broken, society is guilty rather than the lawbreaker. It is time to restore the American precept that each individual is accountable for his actions. ― Ronald Reagan

20. You can always count on Americans to do the right thing – after they’ve tried everything else. ― Winston Churchill

21. Half of the American people have never read a newspaper. Half never voted for President. One hopes it is the same half. ― Gore Vidal

23. When life places stones in your path, be the water. A persistent drop of water will wear away even the hardest stone. ― Autumn Morning Star

24. Our future cannot depend on the government alone. The ultimate solutions lie in the attitudes and the actions of the American people. ― Joe Biden

25. We need an economy that rewards work, not just wealth. ― Joe Biden

26. The greatest gift is the ability to forget, to forget the bad things and focus on the good. ― Joe Biden