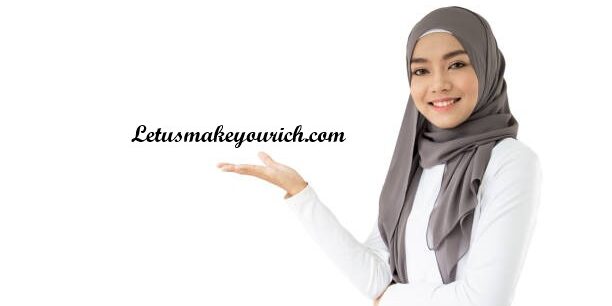 The sweetest sound I know is the Muslim call to prayer. ― Barack Obama

We Christians joyfully recognize the religious values we have in common with Islam. I would like to repeat what I said to young Muslims some years ago in Casablanca: ‘We believe in the same God, the one God, the living God, the God who created the world and brings his creatures to their perfection. ― Pope John Paul II

Islam brings hope and comfort to millions of people in my country, and to more than a billion people worldwide. Ramadan is also an occasion to remember that Islam gave birth to a rich civilization of learning that has benefited mankind. ― George W. Bush 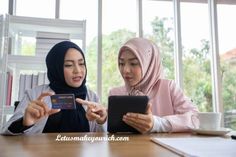 1. I am not a Muslim in the usual sense, though I hope I am a “Muslim” as “one surrendered to God,” but I believe that embedded in the Quran.

And other expressions of the Islamic vision are vast stores of divine truth from which I and other occidentals have still much to learn, and ‘Islam is certainly a strong contender for the supplying of the basic framework of the o­ne religion of the future. ― William Montgomery Watt

2. Arabia was idolatrous when, six centuries after Jesus, Muhammad introduced the worship of the God of Abraham, of Ishmael, of Moses, and Jesus.

3. The Ariyans and some other sects had disturbed the tranquility of the east by agitating the question of the nature of the Father, the Son, and the Holy Ghost. Muhammad declared that there was none but one God who had no father, no son and that the trinity imported the idea of idolatry. ― Napoleon Bonaparte

4. I am a Muslim, because it’s a religion that teaches you an eye for an eye and a tooth for a tooth.

It teaches you to respect everybody, and treat everybody right.

But it also teaches you if someone steps on your toe, chop off their foot. And I carry my religious axe with me all the time. ― Malcolm X

5. We are not at war with Islam. We are at war with people who have perverted Islam. ― Barack Obama

6. We will encourage more Americans to study in Muslim communities. ― Barack Obama

7. The future must not belong to those who slander the Prophet of Islam. ― Barack Obama

8. The face of terror is not the true faith of Islam. That’s not what Islam is all about. Islam is peace. These terrorists don’t represent peace. They represent evil and war. ― George W. Bush

9. Islam is a faith that brings comfort to people. It inspires them to lead lives based on honesty, and justice, and compassion. ― George W. Bush

10. The worst form of slavery is when the slave believes he is free. This is how women under Islam feel. ― Wafa Sultan

11. America needs to understand Islam, because this is the one religion that erases from its society the race problem. ― Malcolm X

12. Islam is not a religion, it’s an ideology, the ideology of a retarded culture. ― Geert Wilders

13. Islam and Islamic values now have a level of immunity from comment and criticism in the Western world that Christianity has lost and Judaism has never had. ―Bernard Lewis

14. Individual Moslems may show splendid qualities. Thousands become the brave and loyal soldiers of the Queen: all know how to die: but the influence of the religion paralyses the social development of those who follow it. ― Winston Churchill

15. No stronger retrograde force exists in the world. Far from being moribund, Mohammedanism is a militant and proselytizing faith.

It has already spread throughout Central Africa, raising fearless warriors at every step; and were it not that Christianity is sheltered in the strong arms of science, the science against which it had vainly struggled, the civilization of modern Europe might fall, as fell the civilization of ancient Rome. ― Winston Churchill

17. The fact that in Mohammedan law every woman must belong to some man as his absolute property either as a child, a wife, or a concubine must delay the final extinction of slavery until the faith of Islam has ceased to be a great power among men. Winston Churchill

18. Some Westerners […] have argued that the West does not have problems with Islam but only with violent Islamist extremists. Fourteen hundred years of history demonstrate otherwise. Samuel P. Huntington

19. Absolutely. If a Muslim who has-who is a practicing Muslim who believes the word of the Koran to be the word of Allah, who abides by Islam, who goes to mosque and prays every Friday.

Who prays five times a day-this practicing Muslim, who believes in the teachings of the Koran, cannot be a loyal citizen to the United States of America. Brigitte Gabriel

Nobody can hurt you without your permission. Flag quotes collection

20. I become more than ever convinced that it was not the sword that won a place for Islam in those days.

It was the rigid simplicity, the utter self-effacement of Hussein, the scrupulous regard for pledges, his intense devotion to his friends and followers and his intrepidity, his fearlessness, his absolute trust in God and in his own mission.

These and not the sword carried everything before them and surmounted every obstacle. Mahatma Gandhi

21. My love of truth and honesty forces me to notice that the liberal intelligentsia of Western countries is betraying itself where Islam is concerned. Richard Dawkins

22. If you love someone who’s an addict and their use is life-threatening,

you don’t wait until they hit bottom because that can mean that they’re going to die.

You have to do everything you can to get them in treatment. — David Sheff

23. If you are insecure, guess what? The rest of the world is too.

Do not overestimate the competition and underestimate yourself. If you are moving forward in your life. — Cherry Nguyen

even when you get exactly what you want, you still suffer because you can’t hold on to it forever. ― Dan Millman

26. We do not have to become heroes overnight. Just a step at a time, meeting each thing that comes up, seeing it is not as dreadful as it appeared, discovering we have the strength to stare it down. ― Eleanor Roosevelt

So many books, so little time. Top famous quotes
September 5, 2021

Man is the only creature who refuses to be what he is. Philosophy quotes collection
August 25, 2021