Love is like a virus. It can happen to anybody at any time. Virus quotes collection

You are here:
Self-Care Quotes 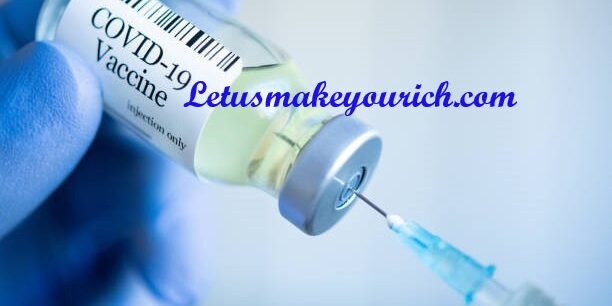 Coronavirus can happen to anyone, so it’s really important to maintain good health overall. That way, when it hits you, you have an immune system that is strong enough to fight the virus. ― Sara Khan.

What is the purpose of a virus? Because they are constantly replicating and mutating, viruses also hold a massive repository of that other organisms can incorporate. Viruses replicate by inserting themselves into host cells and hijacking their replication tools. 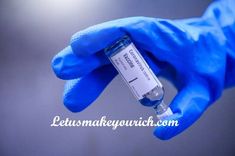 1. The unique nature about the influenza virus is its great potential for changes, for mutation. ― Margaret Chan

2. The amount of time it takes to recover from the coronavirus differs widely. Some people will get the virus and have no symptoms at all, other people will have mild symptoms like a low-grade fever or a mild cough and others will get really ill and will need to be hospitalized. ― Vivek Murthy

3. The fact is we can’t prevent people from getting the COVID-19 virus. ― Kim Reynolds

4. There’s no one place a virus goes to die but that doesn’t make its demise any less a public health victory.

Throughout human history, viral diseases have had their way with us, and for just as long, we have hunted them down and done our best to wipe them out. ― Jeffrey Kluger

5. This virus is an enemy that the entire country underestimated from day one and we have paid the price dearly. ― Andrew Cuomo

6. Love is like a virus. It can happen to anybody at any time. ― Maya Angelou

7. An inefficient virus kills its host. A clever virus stays with it. ― James Lovelock

8. Indecision is a virus that can run through an army and destroy its will to win or even to survive. ― Wendell Mayes

9. Freedom is the most contagious virus known to man. ― Hubert H. Humphrey

10. Language is a virus from outer space. ― William S. Burrough

11. After all, just one virus on a computer is one too many. ― Glenn Turner

12. You can’t take a knife on a plane anymore, but you can get on carrying a virus. ― David Quammen

13. It’s important to protect the old and the vulnerable, who are at the highest risk of severe illness and bad outcomes.

But like most issues of medicine, it isn’t a binary choice.

Given the uncertainties of how this virus spreads and its high risk of infirmities, it would be unwise to abandon efforts to limit Covid spread wherever possible. ― Scott Gottlieb

14. Humanity is a virus. ― Genesis POrridge

15. The fact is we can’t prevent people from getting the COVID-19 virus. ― Kim Reynol

16. Like icebergs, people normally expose only a small part of themselves, and generally just the part they wish to show. ― Nikki

17. Most of the trouble in this world has been caused by folks who can’t mind their own business, because they have no business of their own to mind, any more than a smallpox virus has. ― William S. Burroughs

18. Life on Earth is at the ever increasing risk of being wiped out by a disaster, such as sudden global nuclear war, a genetically engineered virus or other dangers we have not yet thought of. ― Stephen Hawking

20. The nature of a protective immune response to HIV is still unclear. ― Cherry Nguyen

Because in a very, very unique manner, unlike virtually any other microbe with which we’re familiar, the HIV virus has evolved in a way that the immune system finds it very difficult, if not impossible, to deal with the virus. ― Anthony Fauci

21. It’s interesting to note that when something like a virus tries to poison us, the first thing our bodies do is heat up. We burn away the infection. Maybe that’s what Earth is doing to us. ― Simon Toyne

22. The coronavirus has yet again exposed the strong contrast between President Trump, who is working ardently for the American people and a Democratic Party with little interest in anything besides taking him down.

Capital is that part of wealth. Capital quotes collection

President Trump, for his part, has taken unprecedented action to thwart the spread of the virus. ― Kayleigh McEnany

23. We live in a dancing matrix of viruses; they dart, rather like bees, from organism to organism, from plant to insect to mammal to me and back again, and into the sea, tugging along pieces of this genome, strings of genes from that, transplanting grafts of DNA, passing around heredity as though at a great party. ― Lewis Thomas

24. Having limits to push against is how you find out what you can do. ― Cherry Nguyen

Doubt is the origin of wisdom. Rene Descartes quotes
November 18, 2021

Breakfast without orange juice is like a day without sunshine. Orange quotes collection
July 19, 2021

The eyes shout what the lips fear to say. Eyes quotes collection
July 2, 2021

One of my keys to success is a lot of pillows. Pillow quotes collection
July 1, 2021

A book is kind of like a river. Swimming quotes collection
June 4, 2021