India is the meeting place of the religions and among these Hinduism alone is by itself a vast and complex thing, not so much a religion as a great diversified and yet subtly unified mass of spiritual thought, realization and aspiration. — Sri Aurobindo.

Hinduism is an Indian religion and dharma, or way of life. It is the world’s third-largest religion, with over 1.25 billion followers, or 15–16% of the global population, known as Hindus. One fundamental principle of the religion is the idea that people’s actions and thoughts directly determine their current life and future lives. Hindus strive to achieve dharma, which is a code of living that emphasizes good conduct and morality. Hindus revere all living creatures and consider the cow a sacred animal. 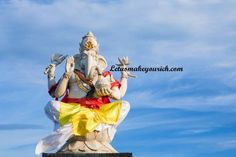 1. India is the mother of religion. In her are combined science and religion in perfect harmony, and that is the Hindu religion, and it is India that shall be again the spiritual mother of the world. —  Annie Besant

2. That which we call the Hindu religion is really the Eternal religion because it embraces all others. —  Aurobindo

3. Hindu religion does not consist in struggles and attempts to believe a certain doctrine or dogma, but in realizing not in believing, but in being and becoming. — Swami Vivekananda

4. Hindu Dharma is the quintessence of our national life, hold fast to it if you want your country to survive, or else you would be wiped out in three generations. —  Swami Vivekanand 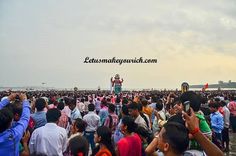 5. Hinduism is the mother of all religions. — Swami Vivekananda

6. Hinduism is so elastic and subtle that the most profound Methodist and crudest idolaters are equally at home with it. — George Bernard Shaw

7. The Hindu religion is the only one of the world’s great faiths dedicated to the idea that the Cosmos itself undergoes an immense, indeed an infinite, number of deaths and rebirths. It is the only religion in which the time scales correspond to those of modern scientific cosmology. Its cycles run from our ordinary day and night to a day and night of Brahma, 8.64 billion years long. Longer than the age of the Earth or the Sun and about half the time since the Big Bang. ― Carl Sagan

8. The essence of Hinduism is the same essence of all true religions: Bhakti or pure love for God and genuine compassion for all beings. ― Radhanath Swami

9. Hinduism insists on the brotherhood of not only all mankind but of all that lives. ― Mahatma Gandhi 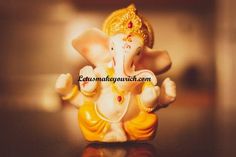 Which Hinduism quote is the best morning prayer quotes?

10. The essence of Hinduism is that the path may be different, but the goal is the same. ― Manmohan Singh

11. The designation of wife in India, of the Hindu wife, is higher and grander than that of Empress. She is called Devi. ― Virchand Raghavji Gandhi

12. I’m just not a religious person, not at all. I consider myself a spiritual person. Was always very drawn to Buddhism, Hinduism. I still meditate. ― Marcia Clark

13. You are what you believe in. You become that which you believe you can become. ― Bhagavad Gita

14. Hinduism has become a conservative religion and, therefore, a mighty force because of the swadeshi spirit underlying it. ― Mahatma Gandhi 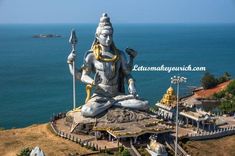 15. The essence of Hinduism is the same essence of all true religions: Bhakti or pure love for God and genuine compassion for all beings. ― Radhanath Swami

16. Hinduism is wholly free from the strange obsession of some faiths that the acceptance of a particular religious metaphysics is necessary for salvation, and non-acceptance thereof is a heinous sin meriting eternal punishment in hell. ― Sarvepalli Radhakrishnan

17. Hinduism is not a codified religion. ― Mahatma Gandhi

18. No religion makes more use of color than Hinduism, with its blue-skinned gods and peony-lipped goddesses, and even the spring festival of Holi is focused on color: Boys squirt arcs of dyed water on passersby or dump powder, all violently hued, on their marks. ― Hanya Yanagihara

19. Hinduism is a relentless pursuit of Truth. Truth is God and if today it has become moribund, inactive, irresponsive to growth, it is because we are fatigued; and as soon as the fatigue is over, Hinduism will burst upon the world with a brilliance perhaps unknown before. ― Mahatma Gandhi 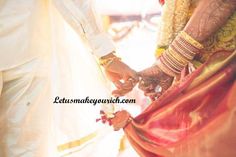 20. A spirtually illumined soul lives in the world, yet is never contaminated by it. ― Bhaskarananda

21. The ultimate goal of human life is to transcend culture and personality to the unconditioned pure being. But the means to do this is through our culture and way of life. ― David Frawley

22. Affirm divine calmness and peace, and send out only thoughts of love and goodwill if you want to live in peace and harmony. Never get angry, for anger poisons your system. ― Paramahansa Yogananda

23. Hinduism with its message of ahimsa is to me the most glorious religion in the world. ― Mahatma Gandhi (Best Hinduism Quotes)

24. India is the meeting place of the religions and among these Hinduism alone is by itself a vast and complex thing, not so much a religion as a great diversified and yet subtly unified mass of spiritual thought, realization and aspiration. ― Sri Aurobindo

Do you want apply Hinduism quotes?

25. Hinduism at its best has spoken the only relevant truth about the way to self-realization in the full sense of the word. ― Count Hermann Keyserling

26. Hinduism is not just a faith. It is the union of reason and intuition that can not be defined but is only to be experienced. Evil and error are not ultimate. There is no Hell, for that means there is a place where God is not, and there are sins which exceed his love. ― Sarvepalli Radhakrishnan

27. Hinduism the perennial philosophy that is at the core of all religions. ― Aldous Huxley

28. The greatest contentment comes from devotion alone and not from it’s rewards, therefore one who has this devotion seeks nothing else. ― Lord Krishna

29. The three essentials of Hinduism are belief in God, in the Vedas as revelation, in the doctrine of Karma and transmigration. ― Swami Vivekananda

Do you know Hinduism quotes?

30. The central fact of Hinduism is cow protection. ― Mahatma Gandhi

31. The awakened sages call a person wise when all his undertakings are free from anxiety about results. ― Lord Krishna

32. Hinduism has an enormous capacity to absorb from outside influences and accept it in a peaceful and steady manner without perturbing the system. ― N. R. Narayana Murthy

33. Here an attempt is made to explain suffering: the outcaste of traditional Hinduism is held to deserve his fetched fate; it is a punishment for the wrongs he did in a previous life. ― Walter Kaufmann

34. Hinduism’s basic tenet is that many roads exist by which men have pursued and still pursue their quest for the truth and that none has universal validity. ― Kenneth Scott Latourette

Can you talk more about Hinduism quotes?

35. Feel nothing, know nothing, do nothing, have nothing, give up all to God, and say utterly, ‘Thy will be done.’ We only dream this bondage. Wake up and let it go. ― Swami Vivekananda

36. The great secret of true success, of true happiness, is this: the man or woman who asks for no return, the perfectly unselfish person, is the most successful. ― Swami Vivekananda

37. Hinduism is synonymous with humanism. That is its essence and its great liberating quality. ― H. G. Wells

38. Hinduism, we inherited from our ancestors and its protection is our ultimate religion. ― Tanmaya Guru