You are here:
Self-Care Quotes 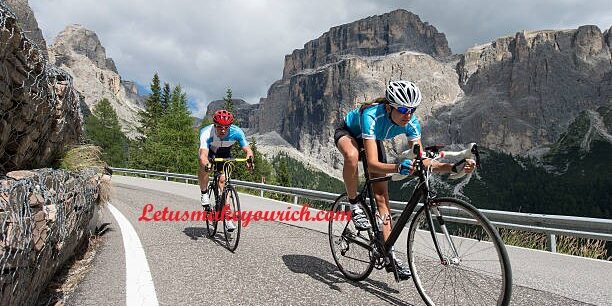 As long as I’m riding a bike I know I’m the luckiest guy in the world. ― Mark Cavendish.

Why we love riding bike? Not only is cycling a lot of fun, it is also an amazing form of exercise burning over 500 calories in an hour and giving you new found strength, muscle tone, increased cardiovascular fitness and strengthened bones. Cycling is low-impact on the body and can be enjoyed by pretty much anyone. 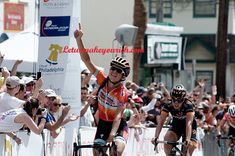 1. Ride as much or as little, as long or as short as you feel. But ride. ― Eddy Merckx

3. When your legs scream stop and your lungs are bursting, that’s when it starts. That’s the hurt locker. Winners love it in there. ― Chris McCormack

5. It never gets easier, you just get faster. ― Greg LeMond

6. You can’t get good by staying home. If you want to get fast, you have to go where the fast guys are. ― Steve Larsen

7. Nothing compares to the simple pleasure of riding a bike. ― John F Kennedy

8. Cyclists see considerably more of this beautiful world than any other class of citizens. A good bicycle, well applied, will cure most ills this flesh is heir to. ― Dr K.K. Doty

11. The best rides are the ones where you bite off much more than you can chew, and live through it. ― Doug Bradbury

12. You can say that climbers suffer the same as the other riders, but they suffer in a different way. You feel the pain, but you’re glad to be there. ― Richard Virenque

13. The race is won by the rider who can suffer the most. ― Eddy Merckx

14. Cycling isn’t a game, it’s a sport. Tough, hard and unpitying, and it requires great sacrifices. One plays football, or tennis, or hockey. One doesn’t play at cycling. ― Jean de Gribaldy

15. A bicycle ride around the world begins with a single pedal stroke. ― Scott Stoll

17. It doesn’t matter if you’re sprinting for an Olympic gold medal, a town sign, a trailhead, or the rest stop with the homemade brownies. If you never confront pain, you’re missing the essence of the sport. ― Scott Martin

18. When it’s hurting you, that’s when you can make a difference. ― Eddy Merckx

19. To me, it doesn’t matter whether it’s raining or the sun is shining or whatever: as long as I’m riding a bike I know I’m the luckiest guy in the world. ― Mark Cavendish

21. It is by riding a bicycle that you learn the contours of a country best, since you have to sweat up the hills and coast down them. ― Ernest Hemingway

22. When the spirits are low, when the day appears dark, when work becomes monotonous, when hope hardly seems worth having, just mount a bicycle and go out for a spin down the road, without thought on anything but the ride you are taking. ― Arthur Conan Doyle

Doubt is the origin of wisdom. Rene Descartes quotes
November 18, 2021

Love is like a virus. It can happen to anybody at any time. Virus quotes collection
July 19, 2021

Breakfast without orange juice is like a day without sunshine. Orange quotes collection
July 19, 2021

The eyes shout what the lips fear to say. Eyes quotes collection
July 2, 2021

One of my keys to success is a lot of pillows. Pillow quotes collection
July 1, 2021

A book is kind of like a river. Swimming quotes collection
June 4, 2021