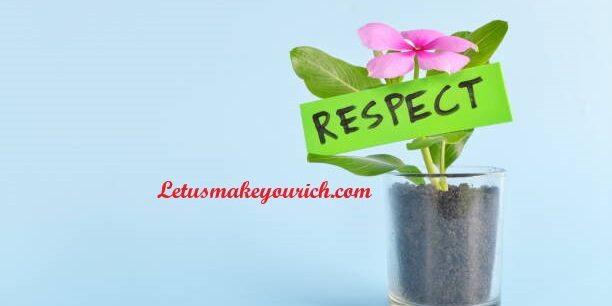 Respect is appreciation of the separateness of the other person, of the ways in which he or she is unique. — Annie Gottlieb

and Respect requires empathy, the capacity to anticipate and understand the feelings of others. It requires consideration. — Deborah Norville

Why? Respect is one of life’s greatest treasures. I mean, what does it all add up to if you don’t have that? — Marilyn Monroe 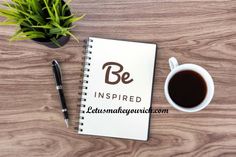 1. Respect begins with this attitude: I acknowledge that you are a creature of extreme worth. — Gary Chapman

2. Respect comes in two unchangeable steps: giving it and receiving it. — Edmond Mbiaka

3. Respect is one of the most important things you can teach a child. — Catherine Pulsifer

4. Respect was invented to cover the empty place where love should be. — Leo Tolstoy

5. Respect commands itself and it can neither be given nor withheld when it is due. — Eldridge Cleaver

6. Respect for the truth comes close to being the basis for all morality. — Frank Herbert

7. Respect has nothing to do with who is right and who is wrong. It has to do with allowing space for someone else’s opinion. — Jackie Viramontez

8. Everyone should be respected as an individual, but no one idolized. — Albert Einstein

10. If we desire respect for the law, we must first make the law respectable. — Louis D. Brandeis

11. To get down to the quick of it, respect motivates me – not success. — Hugh Jackman

12. Without feelings of respect, what is there to distinguish men from beasts? — Confucius

15. One of the most sincere forms of respect is actually listening to what another has to say. — Bryant H. McGill

16. When you practice gratitude, there is a sense of respect toward others. — Dalai Lama

17. Life is short, and we should respect every moment of it. — Orhan Pamuk

18. One of the surprising things in this world is the respect a worthless man has for himself. — E.W. How

19. To be one, to be united is a great thing. But to respect the right to be different is maybe even greater. — Bono

The price of greatness is responsibility. Winston S. Churchill quotes

20. Most good relationships are built on mutual trust and respect. — Mona Sutphen

21. I firmly believe that respect is a lot more important, and a lot greater, than popularity. — Julius Erving

22. My approach is that you have to earn the respect of people you work with. — Mark Pincus

23. There is one other reason for dressing well, namely that dogs respect it, and will not attack you in good clothes. — Ralph Waldo Emerson

24. Only those who respect the personality of others can be of real use to them. — Albert Schweitzer

26. When you want to teach children to think, you begin by treating them seriously when they are little, giving them responsibilities, talking to them candidly, providing privacy and solitude for them, and making them readers and thinkers of significant thoughts from the beginning. That’s if you want to teach them to think. ― Bertrand Russell

27. My desire and wish is that the things I start with should be so obvious that you wonder why I spend my time stating them.

This is what I aim at because the point of philosophy is to start with something so simple as not to seem worth stating, and to end with something so paradoxical that no one will believe it. ― Bertrand Russell

Opportunities? They are all around us. Orison Swett Marden quotes
October 7, 2021