I drive way too fast to worry about cholesterol. Moto racer quotes 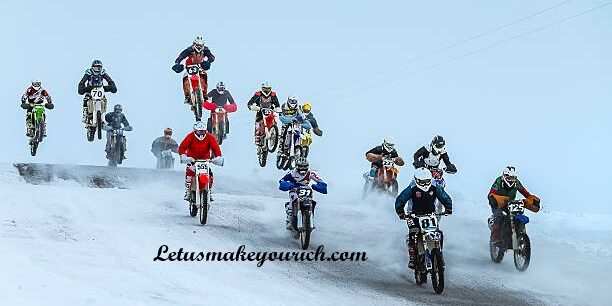 The winner ain’t the one with the fastest car. It’s the one who refuses to lose. —  Dale Earnhardt, Jr.

Why we love motorcycle? Riding a motorcycle gives you a sense of freedom. You are in total control of the moment, you are not just riding, you are flying and there are no set limits to stop you. You can travel to any place with complete freedom. We just love it, the sheer enjoyment of being on a motorcycle. 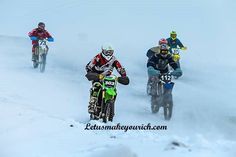 1. Auto racing, bull fighting, and mountain climbing are the only real sports… all the others are games. — Ernest Hemingway

4. To achieve anything in this game you must be prepared to dabble in the boundary of disaster. —  Stirling Moss

5. If you can leave two black stripes from the exit of one corner to the braking zone of the next, you have enough horsepower. — Mark Donohue

6. Each driver has his limit. My limit is a little bit further than others. —  Ayrton Senna

7. I don’t know, driving in another way which isn’t risky. Each one has to improve himself. Each driver has its limit. My limit is a little bit further than others. — Ayrton Senna

8. It is amazing how many drivers, even at the Formula One Level, think that the brakes are for slowing the car down. — Mario Andretti

10. Motor racing is like one big family, ultimately, and when you come back to it, that’s really what it feels like. —  Mario Andretti

11. To finish first, you must first finish. — Juan Manuel Fangio

13. I drive way too fast to worry about cholesterol. — Steven Wright

16. Calling upon my years of experience, I froze at the controls. — Stirling Moss

17. The crashes people remember, but drivers remember the near misses. — Mario Andretti

18. When I started racing my father told me, ‘Cristiano, nobody has three balls but some people have two very good ones. — Cristiano Da Matta

Everything is designed. Designer quotes collection

20. When I raced a car last it was at a time when sex was safe and racing was dangerous. Now, it’s the other way round. — Hans Stuck

21. It’s interesting that you put me in the league with those illustrious fighters [Muhammad Ali, Joe Louis, Jack Johnson], but I’ve proved since my career I’ve surpassed them as far as my popularity. I’m the biggest fighter in the history of the sport. If you don’t believe it, check the cash register. ― Mike Tyson

23. We live in a society where we basically live and strive on what people think about us. We’re more visual people so what we see is basically what we believe which is not necessarily true. ― Mike Tyson

24. These pigeons have been living with each other for 10 or 15 years, but when I throw feed down, they kill each other to get it, and it’s the same with the fighters. We love and respect each other…but we need that money. ― Mike Tyson

25. If your truck has so many chicken lights that a plane tried to land on it. You might be a super trucker. ― Cherry Nguyen

26. I never wanted anything so much, I’ve got to have one. I want a girl in a pickup truck. ― Rick Trevino

27. I still want to be the candidate for guys with Confederate flags in their pickup trucks. ― Howard Dean

29. We’re only here for so long. Be happy, man. You could get hit by a truck tomorrow. ― Timothee Chalamet

30. When you wanna be somebody you buy a new truck, when you know who you already are you drive an old truck. ― Cherry Nguyen