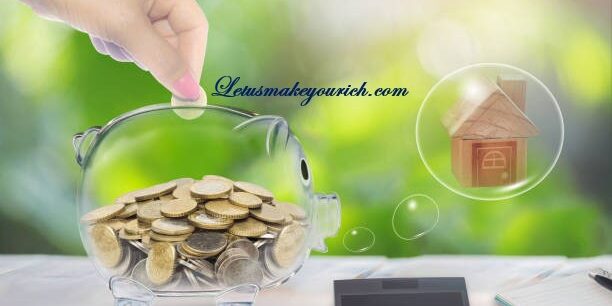 Interest rates are to asset prices what gravity is to the apple. When there are low interest rates, there is a very low gravitational pull on asset prices. —Warren Buffett.

Why you should understand interest rates? In general terms, interest rates influence the cost of borrowing money for individuals and companies, as well as the yields we earn on such things as savings accounts and capitals. As interest rates go up, borrowers will suffer and savers will benefit. Just the opposite happens when interest rates go down.

1. I do not like debt and do not like to invest in companies that have too much debt, particularly long-term debt. With long-term debt, increases in interest rates can drastically affect company profits and make future cash flows less predictable. — Warren Buffett

4. The reality is that business and investment spending are the true leading indicators of the economy and the stock market.

If you want to know where the stock market is headed, forget about consumer spending and retail sales figures.

7. It all comes down to interest rates. As an investor, all you’re doing is putting up a lump sum payment for a future cash flow. — Ray Dalio

8. Imagine you owe on five credit cards, you owe five debts. So which debt should you pay first?

And the answer is very simple: You should pay the one with the highest interest rate first. But that’s not what people do. — Dan Ariely

9. Nobody can predict interest rates, the future direction of the economy or the stock market.

Dismiss all such forecasts and concentrate on what’s actually happening to the companies in which you’ve invested. — Peter Lynch

10. If inflation adjusted interest rates decline in a given country, its currency is likely to decline. — Ray Dali

11. I think we do need to try to not just rely on the central bank to, in its wisdom, adjust interest rates, but allow for people to avoid being exposed to inflation risk. — Robert J. Shiller

12. Debt certainly isn’t always a bad thing. A mortgage can help you afford a home.

Student loans can be a necessity in getting a good job. Both are investments worth making, and both come with fairly low interest rates. — Jean Chatzky

13. Efforts to promote financial stability through adjustments in interest rates would increase the volatility of inflation and employment. As a result, I believe a macroprudential approach to supervision and regulation needs to play the primary role. — Janet Yellen

14. The market needs to set prices, including interest rates and allocate resources.

If it were up to me, we would abolish the Fed and return to the gold standard. Absent that, the Fed should be completely removed from the political sphere, its dual mandate replaced by a single mission to provide the nation with sound money. — Peter Schiff

15. The impact of low interest rates is broad and deep. Many Americans rely on interest income from their savings to help cover their cost of living. — John Delaney

16. I would also certainly continue to keep loan repayment interest rates as low as possible. And I would spread the financial aid a little less thinly across all income brackets. — Charles Vest

17. The art of banking is always to balance the risk of a run with the reward of a profit.

The tantalizing factor in the equation is that riskier borrowers pay higher interest rates.

Ultimate safety, a strongbox full of currency, would avail the banker nothing.

Maximum risk, a portfolio of loans to prospective bankrupts at usurious interest rates, would invite disaster. A

18. It’s an earnings-driven market. The big question is whether the flow of earnings can rescue the market from the twin dreadnoughts of higher oil and interest rates. — Larry Wachtel

19. If you happen to be the only one with negative interest rates, you also weaken your currency, which means you make your exports more competitive. — Mohamed El-Erian

20. A system of capitalism presumes sound money, not fiat money manipulated by a central bank.

Capitalism cherishes voluntary contracts and interest rates that are determined by savings, not credit creation by a central bank. — Ron Paul

21. When people retire, their income drops much more sharply than their consumption.

As a result, they stop saving and start drawing down the assets they’ve acquired during their high-saving years.