My definition of success? The more you’re actively and practically engaged, the more successful you will feel. ― Richard Branson.

Who is Richard Branson? Richard Branson is an English business magnate, investor, and author. In the 1970s he founded the Virgin Group, which today controls more than 400 companies in various fields. Branson expressed his desire to become an entrepreneur at a young age.

Richard Branson is founder of the Virgin Group, one of the world’s most recognizable brands. He’s always looking for entrepreneurial ways to drive positive change in the world.

1. I’ve been very lucky. I come from a very close family. ― Richard Branson

3. If you don’t succeed at first, there’s no need for the F word (Failure). Pick yourself up and try, try again. ― Richard Branson

4. I’ve been very passionate about renewable energy for many years, particularly solar energy and its capacity to bring abundant clean, sustainable energy to millions around the globe. ― Richard Branson 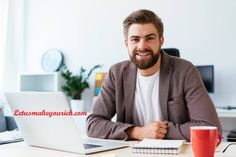 5. Engage your emotions at work. Your instincts and emotions are there to help you. ― Richard Branson

7. We need every person on Earth to acknowledge that climate change is real and encourage each other and our leaders to address the challenge. ― Richard Branson

8. Taking bold action on climate change simply makes good business sense. It’s also the right thing to do for people and the planet. Setting a net-zero GHG emissions target by 2050 will drive innovation, grow jobs, build prosperity, and secure a better world for what will soon be 9 billion people. ― Richard Branson

9. At Virgin, we have always backed the power of the entrepreneur and inventor to find solutions to tricky problems. Why should climate change and the battle against carbon be any different? ― Richard Branson 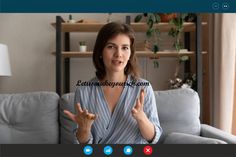 Which Richard Branson quotes you can understand how to become rich?

10. The best way of learning about anything is by doing. ― Richard Branson

12. For a successful entrepreneur it can mean extreme wealth. But with extreme wealth comes extreme responsibility. And the responsibility for me is to invest in creating new businesses, create jobs, employ people, and to put money aside to tackle issues where we can make a difference. ― Richard Branson

13. Some 80 % of your life in spent working, you want to have fun at home. Why not have fun at work. ― Richard Branson

15. My attitude has always been, if you fall flat on your face, at least you’re moving forward. All you have to do is get back up and try again. ― Richard Branson 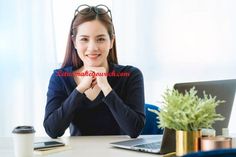 Can you leave your ideas how to become rich in here to us?

16. Well, I think that there’s a very thin dividing line between success and failure. And I think if you start a business without financial backing, you’re likely to go the wrong side of that dividing line. ― Richard Branson

17. Fun is one of the most important – and underrated – ingredients in any successful venture. If you’re not having fun, then it’s probably time to call it quits and try something else. ― Richard Branson

18. Every risk is worth taking a long as its for a good cause and contributes to a good life. ― Richard Branson

19. All you have in business is your reputation. So it’s very important that you keep your work. ― Richard Branson

21. Overcoming fear is the first step to success for entrepreneurs. The winners all exemplify that, and the hard work and commitment they have shown underlines what is needed to set up a business. ― Richard Branson

22. The balloons only have one life and the only way of finding out whether they work is to attempt to fly around the world. ― Richard Branson

23. It’s a common misconception that money is every entrepreneur’s metric for success. It’s not, and nor should it be. ― Richard Branson

24. My interest in life comes from setting myself huge, apparently unachievable challenges and trying to rise above them. ― Richard Branson