Mafia is the best example of capitalism. Gangster quotes collection 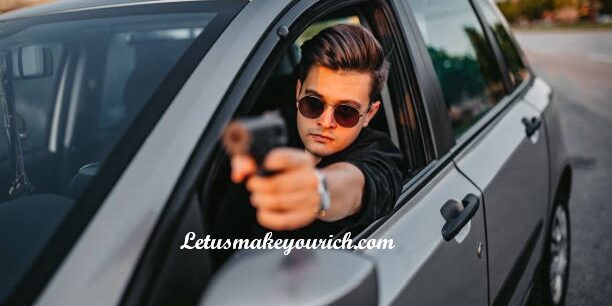 Once a gangster, always a gangster. ― Gary Glasberg.

Who is gangster? A gangster is a criminal who is a member of a gang. Most gangs are considered to be part of organized crime. Gangsters are also called mobsters, a term derived from mob and the suffix -ster. 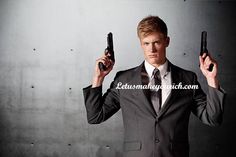 1. They feared me because I feared Nothing. ― Lydia Lunch

3. Every man is a mob, a chain gang of idiots. ― Jonathan Nolan

4. Behind every successful fortune there is a crime.

5. I have learned more in the streets than in any classroom. ― Don Vito Corleone

6. What do you mean “gangsters”? It’s business. ― Abraham Polonsky

7. The classy gangster is a Hollywood invention. ― Orson Welles

10. Mafia is the best example of capitalism we have. ― Marlon Brando

11. Somebody messes with me, I’m gonna mess with him.

12. Goodfellas, never rat on your friends and always keep your mouth shut.

13. Keep your friends close but your enemies closer. ― Michael Corleone

14. Every human being has a bit of gangster in him. ― Binyavanga Wainaina

15. To me, being a gangster was better than being president of the United states. ― Cherry Nguyen

17. The Mafia is a question every time an Italian raises his head. ― Mario Cuomo

18. Even gang members imagine a future that doesn’t include gangs. ― Greg Boyle

19. Some of your worst gangsters are guys who were very low key. ― Mickey Rourke

20. I never lie because I don’t fear anyone. You only lie when you’re afraid. ― John Gotti

21. A thug only understands you when you speak his language. ― Alexander Lukashenko

22. Any distraction tends to get in the way of being an effective gangster. ― Terence Winter

23. Don’t tell me what was said about me. Tell me why were they so comfortable saying it to you?

25. The mob is man voluntarily descending to the nature of the beast. ― Ralph Waldo Emerson

26. Isolation from power makes men look for a mob in which they can be strong. ― Herbert Gold

27. The Italian gangster thing has become a form of the modern-day Western. ― Armand Assante

28. I am an undisputed gangster. To me, that means playing by my own rules. ― Katherine Ryan

30. The lawyer with the briefcase can steal more money than the man with the gun. ― Mario Puzo

31. Be careful who you call your friends. I’d rather have four quarters than one hundred pennies. ― Al Capone

32. The only difference between the Government & the Mafia is that the Mafia actually turns a profit.

34. Who cares about shit people saying that they don’t have the balls to say to your face? ― Tony Soprano

Money is a great asset. But it’s less than you. Asset quotes collection

35. All I have in this world is my balls and my word, and I don’t break them for no one. ― Tony Montana

36. You can get much further with a kind word and a gun than you can with just a kind word. ― Al Capone

37. I think we have always had a fascination for gangs and gangsters, and I think we always will. ― Ross Kemp

38. A gangster doesn’t think of himself a hustler, I assume he thinks of himself as a businessman. ― Delroy Lindo

39. When you’re a kid and you see gangsters living the life, you kind of want to be like that. ― Jaume Collet-Serra

40. Gangsters are not nearly as frightening as you’d think. Some of them are quite ordinary looking. ― Joseph Conrad

41. A team is where a boy can prove his courage on his own. A gang is where a coward goes to hide. ― Mickey Mantle

42. I asked god for a bike, but I know god doesn’t work that way. So I stole a bike and asked for forgiveness. ― Al Pacino

43. There are many people who think I’m actually a gangster or a mafioso, largely because of ‘Goodfella. ― Paul Sorvino

44. See, ya are what ya are in this world. That’s either one of two things: Either you’re somebody, or you ain’t nobody.

45. It is a rule of law alone which hinders the rulers from turning themselves into the worst gangsters. ― Ludwig Von Mise

46. All right, you proved your point. You broke into my vault. Congratulations, you’re a dead man. ― Terry Benedict

49. Gangsters lived in the neighborhood. They weren’t apart from it. Their relationships with people were both benevolent and scary. ― Ruby Dee

50. I didn’t have to pour it on— but I wanted a reputation. I wanted to be known as the smartest, youngest, and toughest hood. ― Morris Rudensky