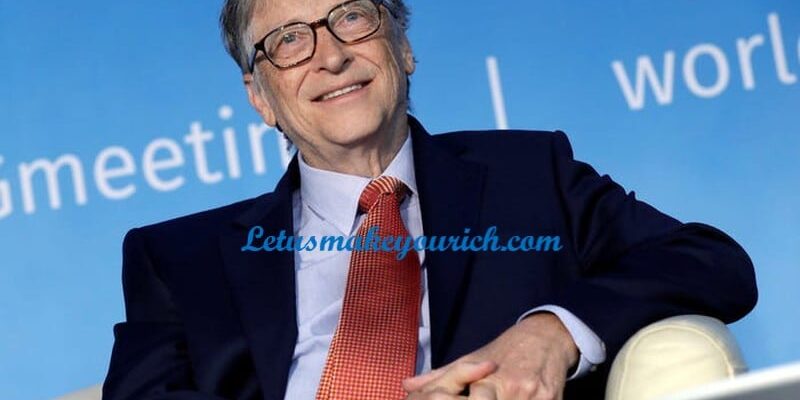 I am not in competition with anyone out myself, my goal is to improve myself continuously. ― Bill Gates.

Who is Bill Gates? William Henry Gates III is an American business magnate, software developer, investor, author, and philanthropist. He is a co-founder of Microsoft Corporation.

Entrepreneur and businessman Bill Gates and his business partner Paul Allen founded and built the world’s largest software business, Microsoft, through technological innovation, keen business strategy and aggressive business tactics. In the process, Gates became one of the richest men in the world. In February 2014, Gates announced that he was stepping down as Microsoft’s chairman to focus on charitable work at his foundation, the Bill and Melinda Gates Foundation 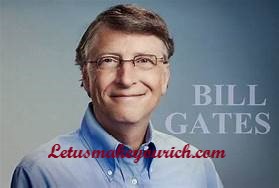 1. To win big you sometimes have to take big risks. ― Bill Gates

2. Surround yourself with people who challenge you, teach you, and push you to be your best self. ― Bill Gates

3. Business is money game with few rules and a lot of risks. ― Bill Gates

5. The road to success often travels through adversity. ― Bill Gates

6. Success is a lousy teacher. It seduces smart people into thinking they can’t lose. ― Bill Gates

7. Whether it’s Google or Apple or free software, we’ve got some fantastic competitors and it keeps us on our toes. ― Bill Gates

8. Success consists of going from failure to failure without loss of enthusiasm. ― Bill Gates

9. You can’t be that kid standing at the top of the water slide, overthinking it. You have to go down the chute. ― Bill Gates

11. We all need people who will give us feedback. That’s how we improve. ― Bill Gates

13. At Microsoft, there are lots of brilliant ideas but the image is that they all come from the top – I’m afraid that’s not quite right. ― Bill Gates

14. Sometimes you have to stop being scared and just go for it. Either it’ll work or it won’t. That’s life. ― Bill Gates

15. Your most unhappy customers are your greatest source of learning. ― Bill Gates

16. We’ve got to put a lot of money into changing behavior. ― Bill Gates

17. If I’d had some set idea of a finish line, don’t you think I would have crossed it years ago? ― Bill Gates

18. The advance of technology is based on making it fit in so that you don’t really even notice it, so it’s part of everyday life. ― Bill Gates

19. I believe in innovation and that the way you get innovation is you fund research and you learn the basic facts. ― Bill Gates

Everything you want is on the other side of fear. Top Jack Canfield quotes

20. I believe in innovation and that the way you get innovation is you fund research and you learn the basic facts. ― Bill Gates

21. Having a positive attitude. You expect nothing, appreciate everything, say thank you and be friendly to every one, first best connect with your self. ― Cherry Nguyen

22. Being passionate, have your dream. The secret for success is love what you do. ― Donal Trump

23. The best executive is one who has sense enough to pick good people to do what he wants done, and self-restraint enough to keep from meddling with them while they do it. ― Theodore Roosevelt

24. I have often wondered how it is that every man loves himself more than all the rest of men,

but yet sets less value on his own opinion of himself than on the opinion of others. ― Marcus Aurelius

25. People think that I must be a very strange person. This is not correct. I have the heart of a small boy. It is in a glass jar on my desk. ― Stephen King

26. But lest some unlucky event should happen unfavorable to my reputation,

I beg it may be remembered by every gentleman in the room that I this day declare with the utmost sincerity,

I do not think myself equal to the command I am honored with. — George Washington