Being a winner comes from overcoming failure and you must not be afraid of failure. ― Robert Kiyosaki.

What is failure? Failure is the state or condition of not meeting a desirable or intended objective, and may be viewed as the opposite of success. The criteria for failure depends on context, and may be relative to a particular observer or belief system.

Ways to Manage Failure,  recognize and accept your emotions. Failure hurts, at least in the first instance, and you need to accept that. 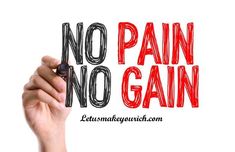 1. I knew that if I failed I wouldn’t regret that, but I knew the one thing I might regret is not trying. ― Jeff Bezor (Founder Amazon)

2. No, I don’t ever give up. I’d have to be dead or completely incapacitated. ― Elon Muck(SpaceX)

3. Never consider the possibility of failure, if you persist, you will be successful. ― Brian Tracy

4. Many of life’s failures are people who did not realize how close they were to success when they gave up. ― Thomas Edison 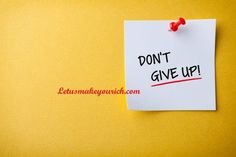 5. With a strong mind, you can conquer all. Your mind is limitless. ― J.J. Goldwag

6. For myself I am an optimist, it does not seem to be much use being anything else. ― Sir Winston Churchill

7. I can accept failure, everyone fails at something. But I can’t accept not trying. ― Michael Jordan

8. Anyone who has never made a mistake has never tried anything new. ― Albert Einstein

9. When things go wrong, don’t go with them. ― Elvis Presley 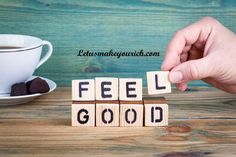 Which failure quote is the best time management quotes?

10. You may not realize it when it happens, but a kick in the teeth may be the best thing in the world for you. ― Walt Disney

13. Ideas don’t come out fully formed. They only become clear as you work on them. ― Mark Zuckerberg(Facebook)

14. Don’t worry about failures, worry about the chances you miss when you don’t even try. ― Jack Canfield 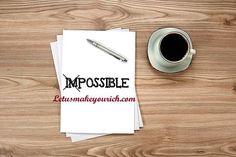 15. Keep your head up in failure, and your head down in success. ― Jerry Seinfeld

16. Challenges are gifts that force us to search for a new center of gravity. Don’t fight them. Just find a different way to stand. ― Oprah Winfrey

17. Opportunity lies in the place where the complaints are. ― Jackma

18. My powers are ordinary. Only my application brings me success. ― Isaac Newton

19. Behind every successful person lies a pack of haters. ― Eminem

20. The whole secret of a successful life is to find out what is one’s destiny to do, and then do it. — Henry Ford