Until death it is all life. Don Quixote Quotes 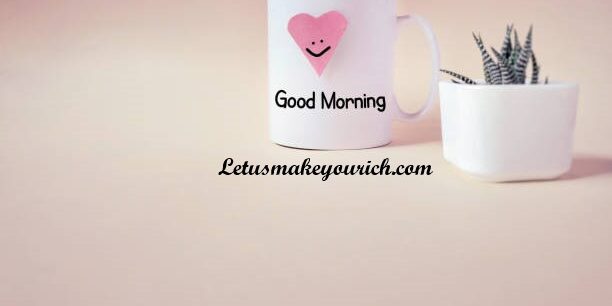 Finally, from so little sleeping and so much reading, his brain dried up and he went completely out of his mind. ― Don Quixote Quotes

What is the story of Don Quixote?

The plot revolves around the adventures of a noble (hidalgo) from La Mancha named Alonso Quixano, who reads so many chivalric romances that he loses his mind and decides to become a knight-errant (caballero andante) to revive chivalry and serve his nation, under the name Don Quixote

What is the moral lesson of Don Quixote?

He had the moral courage in him to go beyond the ordinary in spite of those around him thinking of him as an outlier. He could imagine what others couldn’t, the first step to greatness and leadership. After Quixote had imagined what was possible, he had it in him to commit to it and believe in the purity of his goals. 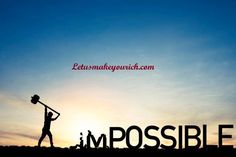 1. The truth may be stretched thin, but it never breaks, and it always surfaces above lies, as oil floats on water. ― Don Quixote Quotes

2. When life itself seems lunatic, who knows where madness lies?
Perhaps to be too practical is madness.
To surrender dreams, this may be madness.
Too much sanity may be madness and maddest of all: to see life as it is, and not as it should be! ― Don Quixote Quotes

3. There is no book so bad…that it does not have something good in it. ― Don Quixote Quotes

4. There were no embraces, because where there is great love there is often little display of it. ― Don Quixote Quotes

5. Until death it is all life. ― Don Quixote Quotes

6. For neither good nor evil can last forever; and so it follows that as evil has lasted a long time, good must now be close at hand. ― Don Quixote Quotes

7. Destiny guides our fortunes more favorably than we could have expected.
Look there, Sancho Panza, my friend, and see those thirty or so wild giants,
with whom I intend to do battle and kill each and all of them,
so with their stolen booty we can begin to enrich ourselves.
This is noble, righteous warfare, for it is wonderfully useful to God to have such an evil race wiped from the face of the earth.”
“What giants?” Sancho Panza.
“The ones you can see over there,” answered his master, “with the huge arms, some of which are very nearly two leagues long.”
“Now look, your grace,” said Sancho, “what you see over there aren’t giants, but windmills,
and what seems to be arms are just their sails, that go around in the wind and turn the millstone.”
“Obviously,” replied Don Quijote, “you don’t know much about adventures. ― Don Quixote Quotes

8. Virtue is persecuted by the wicked more than it is loved by the good. ― Don Quixote Quotes

9. Take my advice and live for a long, long time. Because the maddest thing a man can do in this life is to let himself die. ― Don Quixote Quotes

10. Too much sanity may be madness, and maddest of all: to see life as it is, and not as it should be! ― Don Quixote Quotes

11. It is not the responsibility of knights errant to discover whether the afflicted,
The enchained and the oppressed whom they encounter on the road are reduced to these circumstances
and suffer this distress for their vices, or for their virtues: the knight’s sole responsibility is to succeed them
as people in need, having eyes only for their sufferings, not for their misdeeds. ― Don Quixote Quotes

12. He is the most blessed who loves the most, the freest who is most enslaved by love. ― Don Quixote Quotes

13. She wanted, with her fickleness, to make my destruction constant; I want, by trying to destroy myself, to satisfy her desire. ― Don Quixote Quotes

14. There is no recollection which time does not put an end to, and no pain which death does not remove. ― Don Quixote Quotes

15. For hope is always born at the same time as love… ― Don Quixote Quotes

16. For neither good nor evil can last forever; and so it follows that as evil has lasted a long time, good must now be close at hand. ― Don Quixote Quotes

17. There is a remedy for all things but death, which will be sure to lay us flat some time or other. ― Don Quixote Quotes

18. If I preserve my purity in the society of the trees, why should he who would have me preserve it among men, seek to rob me of it? ― Don Quixote Quotes

20. Where there’s music there can be no evil. ― Don Quixote Quotes

21. The truth may be stretched thin, but it never breaks, and it always surfaces above lies, as oil floats on water. ― Don Quixote Quotes

22. The most perceptive character in a play is the fool because the man who wishes to seem simple cannot possibly be a simpleton.― Don Quixote Quotes

23. Without intelligence, there can be no humor. ― Don Quixote Quotes

24. The praise of the wise few is more important than the mockery of the foolish many. ― Don Quixote Quotes

25. What intelligent things you say sometimes! One would think you had studied. ― Don Quixote Quotes

26. Do not spoil what you have by desiring what you have not; remember that what you now have was once among the things you only hoped for. ― Epicurus

Nobody can hurt you without your permission. Flag quotes collection
October 8, 2021