Success is getting what you want. Dale Carnegie quotes 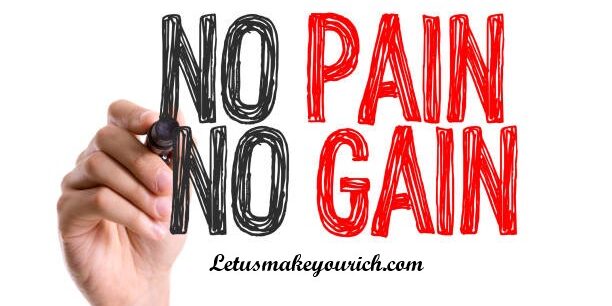 Most of the important things in the world have been accomplished by people who have kept on trying when there seemed to be no hope at all. ― Dale Carnegie.

Who is Dale Carnegie? Dale Carnegie was an American writer and lecturer, and the developer of courses in self-improvement, salesmanship, corporate training, public speaking, and interpersonal skills.

1. It isn’t what you have or who you are or where you are or what you are doing that makes you happy or unhappy. It is what you think about it. ― Dale Carnegie

2. Remember, today is the tomorrow you worried about yesterday. ― Dale Carnegie

3. Don’t be afraid of enemies who attack you. Be afraid of the friends who flatter you. ― Dale Carnegie

4. The only way to get the best of an argument is to avoid it. ― Dale Carnegie

5. Develop success from failures. Discouragement and failure are two of the surest stepping stones to success. ― Dale Carnegie

8. Take a chance! All life is a chance. The man who goes farthest is generally the one who is willing to do and dare. ― Dale Carnegie

9. It isn’t what you have, or who you are, or where you are, or what you are doing that makes you happy or unhappy. It is what you think about. ― Dale Carnegie

10. If you want to gather honey, don’t kick over the beehive. ― Dale Carnegie

11. When we hate our enemies, we are giving them power over us: power over our sleep, our appetites, our blood pressure, our health, and our happiness. ― Dale Carnegie

12. People rarely succeed unless they have fun in what they are doing. ― Dale Carnegie

13. Be wiser than other people if you can; but do not tell them so. ― Dale Carnegie

14. The successful man will profit from his mistakes and try again in a different way. ― Dale Carnegie

15. If you want to keep happiness, you have to share it. ― Dale Carnegie

16. If you want to conquer fear, don’t sit home and think about it. Go out and get busy. ― Dale Carnegie

17. Happiness doesn’t depend on any external conditions, it is governed by our mental attitude. ― Dale Carnegie

18. We are all dreaming of some magical rose garden over the horizon instead of enjoying the roses blooming outside your windows today. ― Dale Carnegie

19. Any fool can criticize, condemn, and complain but it takes character and self control to be understanding and forgiving. ― Dale Carnegie

Enjoy the little things, for one day you may look back and realize they were the big things. Robert Brault quotes

20. First ask yourself: What is the worst that can happen? Then prepare to accept it. Then proceed to improve on the worst. ― Dale Carnegie

22. Fear of what other people will think is the single most paralyzing dynamic in business and in life.

The best moment of my life was the day I realized that I no longer give a damn what anybody thinks.

That’s enormously liberating and freeing, and it’s the only way to live your life and do your business. — Cindy Gallop

23. Your work is going to fill a large part of your life, and the only way to be truly satisfied is to do what you believe is great work.

And the only way to do great work is to love what you do. If you haven’t found it yet, keep looking.

Don’t settle. As with all matters of the heart, you’ll know when you find it. — Steve Jobs

24. Nothing in the world can take the place of Persistence.

Talent will not; nothing is more common than unsuccessful men with talent.

Genius will not; unrewarded genius is almost a proverb.

Education will not; the world is full of educated derelicts.

The slogan ‘Press On’ has solved and always will solve the problems of the human race. — Calvin Coolidge

25. There are three ways to ultimate success:

The first way is to be kind.

The second way is to be kind.

The third way is to be kind. — Mister Rogers

26. We need to accept that we won’t always make the right decisions, that we’ll screw up royally sometimes,

understanding that failure is not the opposite of success, it’s part of success. — Ariana Huffington