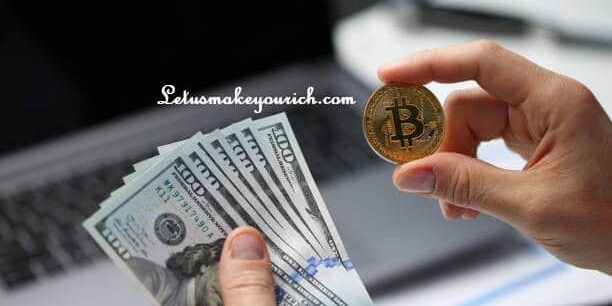 Why you should invest Bitcoin? Apart from the many advantages that Bitcoin has over FIAT currencies, it is also way more superior compared to other cryptocurrencies. For starters, Bitcoin’s network is far more stable than the one of any other cryptocurrency. Its infrastructure is also far better, which adds to the stability of the network.

And with emerging startups such as Coin Switch Kuber trying to make Bitcoin investing effortless, millions of retail investors have joined the Bitcoin.

What is bitcoin investment? Bitcoin has been breaking into all-time highs every month since October 2020. There may be dips in its value from time to time, but even a small investment you make in Bitcoin today could return manifold in the long run. 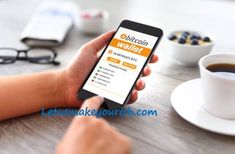 1. Bitcoin is like anything else: it’s worth what people are willing to pay for it. — Stanley Druckenmiller

2. I believe that Bitcoin holds value as a form of ‘good money’ that is superior to any previously discovered or developed form of money. — Jeremy Allaire

3. I’m investing. I’m taking a lot of bitcoin, selling it as the price goes up, and putting it into real estate. Because then if bitcoin goes to zero which, it’s an experiment, it could. I won’t be on the street. — Charlie Shrem

4. Bitcoin is absolutely the Wild West of finance, and thank goodness. It represents a whole legion of adventurers and entrepreneurs, of risk takers, inventors, and problem solvers. It is the frontier. Huge amounts of wealth will be created and destroyed as this new landscape is mapped out. — Erik Voorhees

5. Think of Bitcoin as a bank account in the cloud, and it’s completely decentralized: not the Swiss government, not the American government. It’s all the participants in the network enforcing. —  Naval Ravikant

6. Bitcoin is amazingly transformative because it’s the first time in the entire history of the world in which anybody can now send or receive any amount of money, with anyone else, anywhere on the planet, without having to ask permission from any bank or government. — Roger Ver

7. I think anybody who is interested in keeping their money safe from the criminal banking system would want gold, silver, and Bitcoin. — Max Keiser

8. Bitcoin woke us all up to a new way to pay, and culturally, I think a much larger percentage of us have become accustomed to the idea that money no longer comes with the friction it once had. — John Battelle

9. Like the Internet, Bitcoin will change the way people interact and do business around the world. — Erik Voorhees

19. If the world’s using bitcoin, governments won’t be able to fund wars through inflation like they do today. — Roger Ver

11. That was the moment I wanted to use bitcoin: when I saw Harriet Tubman on a $20 bill. It’s like, when you see all the slave movies, it’s like, why you got ta keep reminding us about slavery? Why don’t you put Michael Jordan on a $20 bill? — Candace Owens

12. Bitcoin, in the short or even long term, may turn out be a good investment in the same way that anything that is rare can be considered valuable. Like baseball cards. Or a Picasso. — Andrew Ross Sorkin

13. At its core, bitcoin is a smart currency designed by very forward-thinking engineers. It eliminates the need for banks, gets rid of credit card fees, currency exchange fees, money transfer fees, and reduces the need for lawyers in transitions… all good things. —  Peter Diamandis

14. I believe Bitcoin is a very convenient way to shop and to transfer money to any account around the world. Governments should work around a framework for the currency instead of putting restrictions on it. — Ravi Subramanian

15. Bitcoins are like gold bars with wings. That is why I, and so many others, view bitcoin and its network as gold 2.0. — Tyler Winklevoss

16. Just as it got easier to use email, it will be easier to use Bitcoin as people invest in it and become more familiar with it. — Gavin Andresen

17. Bitcoin is here to stay. There would be a hacker uproar to anyone who attempted to take credit for the patent of cryptocurrency. And I wouldn’t want to be on the receiving end of hacker fury. — Adam Draper

18. Something like bitcoin is really important because it is not correlated to the rest of the market. — Chamath Palihapitiya

My advice is that if you’re interested in Bitcoin and excited by Bitcoin, then buy some Bitcoin and hold onto them, and you’re likely to do very well over time. – Roger Ver

20. Bitcoin is a bank in cyberspace, run by incorruptible software, offering a global, affordable, simple and secure savings account to billions of people that don’t have the option or desire to run their own hedge fund. — Michael J. Saylor